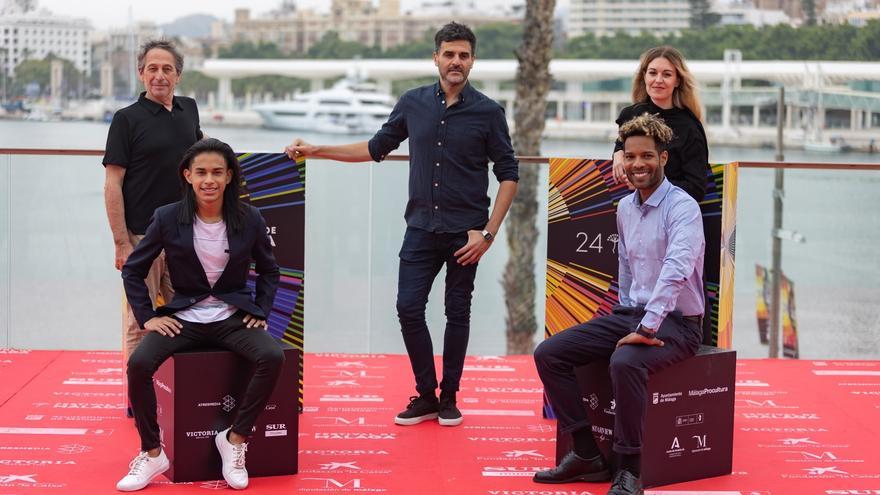 Malaga, Jun 12 (EFE) .- The film "Karnawal", by the Argentine Juan Pablo Félix, and one of its protagonists, the Chilean Alfredo Castro, have won today, respectively, the Golden Biznaga of the Malaga Festival 2021 a the best Ibero-American film and as the best actor of the contest.

As announced today by the president of the jury of the Official Section of the 24th edition of the Malaga Film Festival in Spanish, Nora Navas, "Las consequences", the second feature film by the Venezuelan director Claudia Pinto, in whose cast Castro also participates, has won the award for best actress, this time for the young Spanish María Romanillos in her first professional role.

The winning film, "Karnawal" (a voice that mixes Spanish and Quechua to say carnival) is a kind of "western, road movie, love story and emotional and sentimental narrative between a father and a son", according to Castro's definition. which takes place on the border between Bolivia and Argentina.

The actor, who tonight will pick up his Biznaga, like Félix, at the Festival's closing gala, has appeared before the press for a few minutes to thank "the sensitivity of a jury that has appreciated this beautiful film about something that could seem far away, but in the end it is very close: love, the border, women ..., I am very happy and honored, "said the Chilean.

"It is a film in which we have been working for many years", has contributed the director, who recalled that it is a first film that won the El Inca award, and that it is giving them "great joys".

It was a "big" script that needed funding, and that they managed to get ahead thanks to the co-production of Brazil, Mexico, Bolivia, Chile, Norway and Argentina, he explained.

"We feel that we are the Ibero-American example that, if we get together, we can make films without having to reduce or shrink them," said Félix.

Castro, who is also part of the cast of "Las consequences", works in "Karnawal" as the father of a fifteen-year-old boy named Cabra (Martín López Lacci) who had never acted, although he is a national champion of malambo dance.

"These guys force one to add to their spontaneity and naturalness; I enjoyed this film like no other, besides - Castro added - I did not know what was happening in that world of northern Argentina and I am proud and happy that they have been here. known to interpret it ".

Castro said before saying goodbye that he believes "deeply that films are saved as a team."

In a few days, he will also receive a special award at the Toulouse Film Festival (France), "in ten days I have had seven PCRs, I no longer have a nose but I am very happy," laughs the veteran actor, highly appreciated in Spain, and especially at the Malaga Festival.