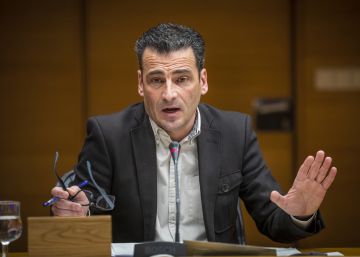 There was no blockage or surprise and the real politik. Alfred Costa will direct the Valencian regional television À Punt from March 9 after the approval of his candidacy by the Valencian Courts. The candidate elected by the governing council of the chain obtained on Tuesday the favorable votes of PSPV-PSOE, Compromís and Podem, the tripartite that governs in the Generalitat, and the rejection of the PP, Citizens and Vox. One of the less enthusiastic groups with the candidate was, however, Compromís, who has not hidden his discomfort with the profile of Costa, who was a socialist councilor in his town, Torrent, in 2015, before joining more than a year ago in À Punt, where he was the head of Emissions.

Politically, in addition to making a break in the left government agreement, it would have been difficult to justify a contrary vote by Compromís when its main leaders have reiterated independence in the functioning of the governing council and À Punt during the year and a half that the autonomic chain takes in antenna. The same response that was given when the performance of the current director, Empar Marco, was also questioned, also selected by the governing board, which was imputed from the opposition parties, and also in sectors of the PSPV-PSOE, proximity to the training led by Mònica Oltra.

The case is that Alfred Costa passed the vote of the Cortes and tiptoed over his political past. He insisted that he has been working as a professional in the world of television for 30 years. Its main challenges are to increase the audience (now around 2%, which has been the subject of criticism) and advertising revenue (the 800,000 euros per year are far from what is stipulated in the program contract) and publicize the À brand Punt. As Marco, he demanded an increase in the budget that, with 55 million a year (the Madrid, the fifth, has 80 million), occupies the sixth place of the Spanish autonomous. He said that the objectives of the contract can hardly be achieved without more resources, although his obligation is to intern it.

Costa described his project as “brave”, focused on objectives such as “shielding” the production in Valencian, awakening the audience from the “prudence” and the vocation of public service and betting on new formats for “a grid as complete as possible TV , radio and web “. His project poses a renewed marketing campaign “as expansive as possible, which unfortunately À Punt did not have when he was born”, to “reverse its prestige” and reach those who still do not know it, especially in Alicante and Castellón. Channel 9 was a very popular brand but it was closed in 2013 by the PP Government after a rosary of scandals and a debt of more than 1,400 million euros.

Another of its objectives is to “reach a consensus” with foreign producers and “hook” the premises to “shield” 35% of the grill to audiovisual products of independent labels dubbed in Valencian or original works in Valencian, in addition to ” continue doubling the Valencian 100% of the external production “. The project foresees “small time adjustments” with new formats where reporterism, weather and sports information and a weekly news program predominate, prioritizing the daytime strip. “We have no tools to compete in prime time“, lament.

It also proposes to agree on “daring formulas” of organizing with Forta (Federation of Autonomous Radio and Television Organizations), with joint productions that would be “unviable” for À Punt alone, and test productions in the Valencian Community that can make the leap to others Autonomous chains

It also marked the challenge of paying more attention to the website and social networks as a “spearhead” of the project, without “turning its back” on those who do not prefer on-demand programming. An offer “innovative, intuitive, agile and plural to reach all audiences and generations”. “Welcome all followers Y haters“, summarized.

In the workforce, it is committed to increasing its motivation to achieve “more hours of coverage and an emission as it touches, breaking the efficiency-precarious binomial”, hand in hand with a quarterly planning of resources and “a corporate culture that truly enhances its abilities”.

Costa also intends to “fight against stereotypes within the DNA of the platform”, promote plural participation, territorial and linguistic cohesion and the visibility of minority groups, as an “example of vanguard in equality policies” and with “special care” in non-sexist language and in continuing with campaigns against sexist violence. “The project here will be radically continuous,” he emphasized.

On the part of the parties of the so-called Govern del Botànic, the PSPV thanked its “novel and brave” project and asks that it not sacrifice quality for the audience. “We don’t want one Temptation Island in À Punt, “said the socialist deputy Mercedes Caballero.” He has our ratification, now he has to gain our trust, “said Mònica Àlvaro, from Compromís. He greeted some measures, but rejected not making” a mention “to the publicity institutional, one of the workhorses of À Punt, because it is not one of the priority means for the Generalitat in the insertion of publicity. Estefania Blanes, of Podem, demanded that information be not neglected and urged to “learn from past, but with a vision of the future. “Both the coalition and the purple group regret that the radio is” minority “in the proposal, since” it only appears on one of the 57 pages. “Some sources point to the next replacement in the presidency of the governing council will be the currency of exchange in the negotiation on television within the tripartite.

Of the opposition, Luis Martínez, of the PP, had an impact on criticizing the “expired” model of À Punt and the lack of control over spending, stressing that Costa’s curriculum “only knew that he was a former PSOE councilor.” Enrique Llopis, of Citizens, demanded that “not come too high and warned of the” danger of passing from telecompromís to telesocialis“And Vox asked that” do not give up the battle of young people “, extend the hours in Spanish and” do not label Vox from the extreme right “in the news.