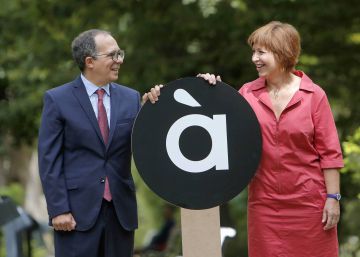 The Governing Council of the Valencian Media Corporation (CVMC) has chosen Alfred Costa as the new general director of Valencian public television À Punt. Costa, current head of television broadcasts, a veteran of the former Channel 9 and former Socialist Councilor, must be ratified on February 11 by the Valencian Parliament. Its challenge will be to increase the audience index, which is around 2% – one of the lowest among the generalist regional television stations – and advertising revenues, which barely reach one million euros.

Costa was responsible for fiction programming for the Ràdiotelevisió Valenciana (RTVV) for more than 20 years and is now part of the team of the general director of À Punt, Empar Marco. In January 2018, he resigned as a socialist councilor in a municipality in the metropolitan area of ​​Valencia to resume his professional career in the newly opened Valencian public television.

The winner competed for general management with the audiovisual producer Francesc García Donet, who also worked in several stages in the former RTVV, was elected socialist and now manages the OnAir audiovisual companies. Both finalists bear similarities in their professional careers: the two worked on the former Channel 9, both have been elected socialist positions, and both have experience in the world of television.

The Governing Board has interviewed the two candidates on Wednesday, after receiving last Monday the reports on the management model proposed by both for À Punt; and then the deliberations have begun. It has taken three votes for Costa to get the necessary support.

The election was not easy, since three fifths of the votes of the governing body are needed; that is, six of its 10 votes. In fact, when three years ago Empar Marco was elected from a list of candidates, the vote was repeated several times until, at night, the necessary majority was achieved. Some councilors had asked for the secret vote today to keep their hands free and prevent the conclave from lengthening.

The mandate of the current director of À Punt, Empar Marco, philologist and journalist – was the delegate of TV3 in Valencia – ends next March, hence the call for a new public tender. The president of the entity, Enrique Soriano, and Marco herself received three years ago the commission to launch the new regional radio television after the previous Valencian Government, of the PP, closed it in 2013 after 24 years of broadcasts.

President and director put together a new public Valencian audiovisual entity despite budgetary and personnel limitations which establishes its law of creation. The CVMC has 55 million euros of annual budget and a maximum of 500 employees, but the relationship with Marco has not worked and the philologist and journalist will not repeat. The president of CVMC, Enrique Soriano, has also expressed his desire to be relieved after three complicated years at the head of the project.

Neither the PP nor Citizens share the À Punt model. “The PP is not going to participate in that,” stressed sources of the training chaired by Isabel Bonig. Fernando Llopis, of Citizens, has criticized the procedure. “To choose a director of À Punt by finger it is not necessary to set up a cheating contest in which the possible rivals are eliminated. It is unfortunate that we had to choose between a candidate very close to the PSPV and another much closer to the PSPV” , has manifested.

The ‘Deluxe’ with Bárbara Rey, the main alternative to the cinematographic offerings of La 1, Antena 3 and Cuatro