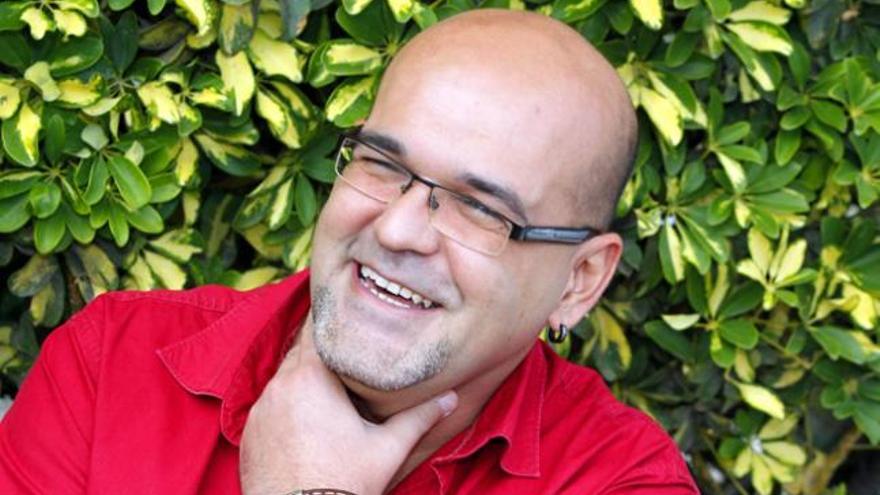 The Pérez Galdós House-Museum hosts the presentation of the latest literary success of the Gran Canaria writer, Alexis Ravelo, ‘A guy with a bag on his head’, which Siruela has just edited.

At 7:00 p.m. on October 28, the public will be able to know this new title from the hands of its author, which offers the reader a fast-paced and daring narrative experience. Entrance to the event is free, although with limited capacity.

Considered one of the Atlantic masters of the black novel, Alexis Ravelo, in his latest work, ‘A guy with a bag on his head’, tells a story ‘not to go’ but in reverse, as the author himself says of the popular previous series by Eladio Monroy: “The story is precisely about that, a guy who suffocates with a bag over his head and gives him to think and investigate his own crime”. There are no chases, no shots, this time, but all the ingredients that the writer has accustomed us to: a reflection on the human being, good and evil, corruption and its tentacles in society, good for omission or action pervert the system to, in most cases, make ends meet.

This novel, which is now in its second edition, is, in addition to being a powerful and singular crime novel —whose codes it handles and deconstructs—, a lucid memory of Spanish political and economic life in recent decades, a tale of lost opportunities and truncated relationships that also functions as an incisive ethical inquiry into justice, loyalty, and forgiveness.

‘A guy with a bag on his head’ is about a guy with a bag on his head. And that uncle is Gabriel Sánchez Santana —Gabrielo for friends—, a corrupt mayor of the no less corrupt municipality of San Expósito, who has been left handcuffed by two strangers with his head stuck in a garbage bag after robbing him in his own home. Without the possibility of freeing himself or asking for help, condemned, except by chance or miracle, to death by suffocation, Gabrielo will dedicate his last moments to trying to find out who the assailants are and if they acted on their own or were following the orders of a third party. In this way, in reviewing a life of selfishness, ambition and disloyalty, he will become the peculiar investigator of his own murder even before its consummation.

Through a claustrophobic and violent interior monologue, Ravelo presents a lucid memory of Spanish political and economic life in recent decades, an incisive account of lost opportunities and truncated relationships.

The bulls, before 2021; good news (Francisco Brines) and a threat | Blog The bull, by the horns