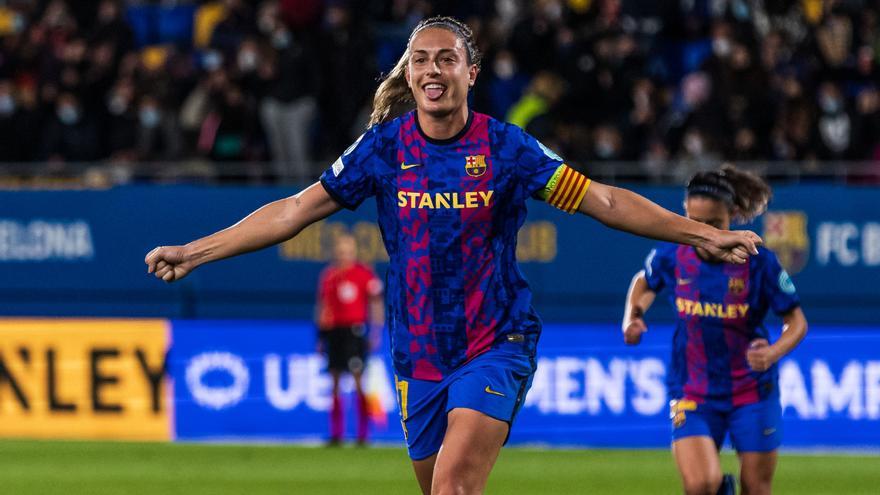 The Spanish players of Barcelona Alexia Putellas and Jennifer Hermoso will compete with Chelsea Australian Sam Kerr for 'The Best' award to the best player of the year who will award the FIFA next January 17.

This was announced this Friday by the organization chaired by Gianni Infantino, who gave the name of the three finalists who will compete for an award that will be voted on by the coaches and captains of the national teams, the fans registered on the official FIFA website and a journalist who will represent each member federation team.

The Top favorite will be Alexia Putellas, who already got the last Golden Ball thanks to his great season at Barcelona, ​​a club with which he won, among other titles, the Champions League.

In favor of the player of the Blaugrana team, the former American soccer player Kristine Lilly, two-time world champion with her team and in charge of announcing the name of the three finalists, spoke. "I prefer Alexia and the importance she has in the team. But it is difficult, Jennifer has scored a lot of goals, but Alexia has also scored. Sam I have seen her and she is very good. I lean a little towards Alexia. The three of them have to be very proud"he commented.

For her part, Jennifer Hermoso will compete for first place with her partner after finishing behind her in the Ballon d'Or award. Sam Kerr, meanwhile, finished in third place and also aspires to surprise.