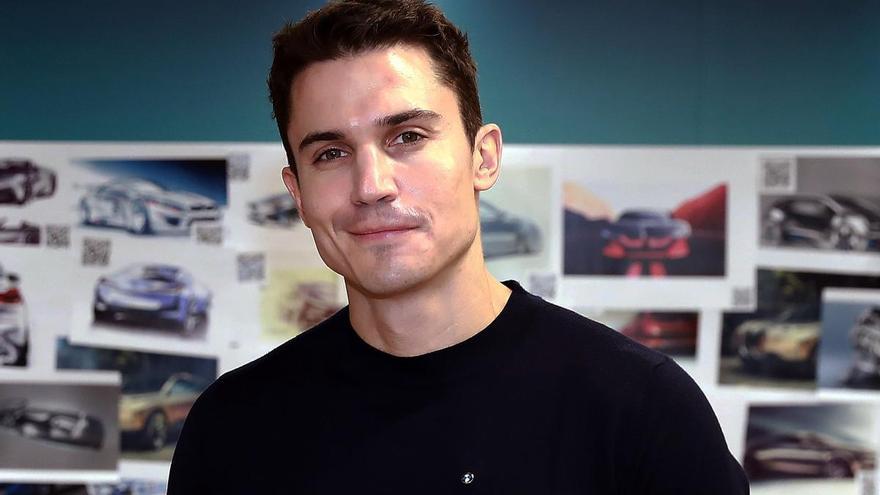 The actor Álex González, one of the protagonists of the series ‘3 Caminos’ what Amazon Prime Video will premiere on the 22nd, has confessed this Tuesday in the Galician capital, goal of the historic pilgrimage route, that this shooting has allowed him discover the magic of the walking experience, the one that so many people talked about and in which he did not believe before.

“I was a bit skeptical. I did not feel it,” he said on the spot. presentation held in the Compostela City of Culture, before revealing that in 2020, the year of the pandemic and from lockdown, he began to feel such power and that change has been influenced by the footprint that “so many millions of people have left on this path over centuries” and, of course, by embodying Roberto, one of the five protagonists.

‘3 Caminos’ is produced by Amazon, Ficción Producciones and Beta Films, with the participation of Corporación Radio Televisión de Galicia, RTP de Portugal and Unoenlouno de México. There are eight episodes.

Along with González, Verónica Echegui (Raquel), who has also traveled to Santiago; Alberto Jo Lee (Yoon Soo), whose family is of South Korean origin; the German Anna Schimrigk (Jana), the Italian Andrea Bosca (Luca) and the Mexican Cecilia Suárez (Úrsula).

About this international project, with the Camino as a meeting point for five people of as many different nationalities, its director, Norberto López Amado, whom everyone calls Tito, a filmmaker who spoke at this joint press conference. has shared that this story talks about “friendship” and how such an adventure “changes your life.”

“It has a lot of light, and at the moment we are living, it is very necessary,” he summarized.

All those who make up the cast meet three times on the Camino, in 2000, 2006 and 2011, fundamental years that serve to review their respective lives through the occasions in which the quintet coincides.

The head of content acquisition for Amazon Prime Video, Ricardo Carbonero, alluded in his speech to the “impressive” cultural heritage in Spain and the little use that exists of it in fiction.

The president of the Xunta, Alberto Núñez Feijóo, has celebrated this premiere in the middle of the pandemic and has pointed out that “what is remembered in life is not easy, it is difficult.”

The Galician president has picked up an idea from the president of Amazon, Jeff Bezos, who defends the convenience of thinking “in the long term” and Núñez Feijóo has emphasized that very few people do it because most, in his opinion, fall “on the the 150 characters “and in” the immediate “.

That is why he has set the example precisely of Camino, which “remains forever” and of course “is a long-term project.”

“Galicia has invested” in this series and “got it right”, he has assured, because the investment is “much less than what the series is going to give us.”

“It is one of the most profitable investments we have made as a government,” he added.

His opinion is similar to that of the general director of Heritage of the Junta de Castilla y León, Gumersindo Bueno, who has celebrated the collaboration for this project and has invited to replicate the formula in the future with more questions.

“The Way is long, the Way is sacrifice” and passes through “soft” places and through other “harder” ones., has exposed, by way of comparison with the “way of the cross” that the country is going through due to the health crisis.

And it has concluded Well that what you have to stay with is “the joy” that initiatives like this go ahead.

“It was very hard, even negotiating with us,” he joked.To top it off with the idea that “it is a very great opportunity to launch the benefits that we have in Spain to hundreds of millions of homes.”

The Minister of Economic, Social and Business Development of the Government of Navarra, Manu Ayerdi, has made special emphasis on the fact that Navarrese carry the Camino “deep inside” and “it is not just ours”, as has been proven.

At the end of this little meeting, music by Fredi Leis, as a culmination, and a summary to whet your appetite.

What to watch on television today? Ana Pastor brings together several regional presidents in laSexta in front of Miriam Díaz Aroca’s visit to the ‘Deluxe’