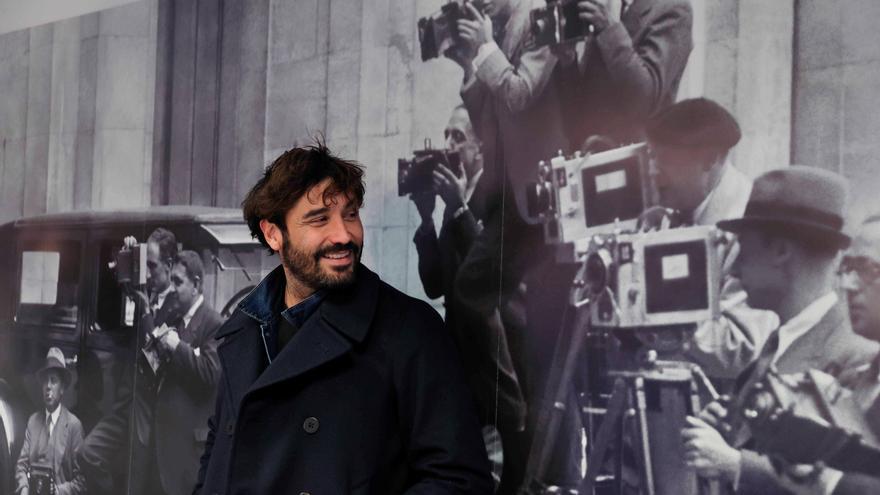 Madrid, Dec 26 (EFE) .- Álex García has debuted this 2020 with his first short film as a director, “Incendios: beyond theater”, an exercise that the actor proposed as a small tribute to theater and that ended up being “the revolution internal of being an actor in love with his work ”

“What has come out of me – he explains in an interview with Efe – is a tribute to the passion that we all have for what we do.”

García was part of that bunch of actors from the series “Compañeros”, with Raúl Arévalo, Alba Alonso and Begoña Maestre, among others, twenty-somethings who today are almost forty. During this time, García has participated in fifteen feature films and as many shorts, and has made a dozen series.

Although he has also acted in theater, with a dozen works that he has combined with other works, some, for years, such as “The sons of Kennedy”, or “Jauría. Or” Incendios “, by Wajdi Mouawad, directed by Mario Gas (2016/17).

It was doing this work, that García toured Spain with Nuria Espert, Ramón Barea, Carlota Olcina, Laia Marull, Lucía Barrado, Germán Torres and Alberto Iglesias, which moved the man from Tenerife to capture in a documentary what was happening behind the curtain. And he interviewed his teammates and put the camera behind the scenes while they were performing.

“Incendios: beyond the theater”, shot in the week that it was staged at the Principal Theater of Valencia, shows how the actors concentrate minutes before the performance, reviewing the texts, doing push-ups or going around the stage, Barea rubbing his chest and Espert reading books in his dressing room.

“When you’re behind the scenes, a lot of emotional things happen, but what happened in ‘Incendios’ rarely happens, a text so universal, so small and at the same time so big, where everyone got excited, even the technical team. And actors who look like family. And viewers who needed to comment with us on what was happening on stage, “he says.

And he realized that his short talked about theater, but also “about the passion of when something stirs you inside, whether you are being a baker, cameraman, actor …, the world stops and you infect the one in front of you. And when it happens you think: olé, how good, “he says enthusiastically.

Produced by himself, his short has achieved special mention at the prestigious Cortogenia festival for “its recognition of the profession of all of us who dedicate ourselves to the world of entertainment and culture and for being a heartfelt tribute that reminds us why artists give ourselves to our work. ”

Perhaps for this reason, the 29-minute play is also nominated for the Goya in the category of Best Documentary Short.

“In a year like this, they are hugs of the profession”, the most important thing for him “after the viewer tells you that he loved it.”

Although awards and nominations no longer produce the same illusion, “it catches me older,” he says, “when you’ve been earning a living for many years without awards behind your back, when they come to you, you just think how good.

And this year it should be for awards, especially for his efforts in the “Riot Control” series, but also for comedies like “Until the wedding do us part” or “Secret origins”, instead of showing off, he launches to compliment to the series “Patria”.

“I thank you for talking about forgiveness, because forgiveness – he reflects – is the opposite of war and we have many open wars: ideological, family, man-woman; there are many wounds to close and a lot of pain that we have to accept, and ‘Patria ‘talks about pain and forgiveness from two points of view “. And that really matters to him.

García is a conscientious actor capable of preparing a character for months; His physical trainer, Jorge Rodríguez, knows this, who has carved his body from a young age. With that same discipline, he launched into interviewing his colleagues for hours and day after day, until they forgot about the camera.

“It was like therapy,” he says, and as seen in the short, everyone gets emotional at some point; in fact – he says – “the first thing I saw is that you had to cut a lot of emotional moments.”

But there is his embrace with Íñigo Benítez, the technical chief; and the spark in the eyes of the councilor Eloísa Díaz, when she announces that the show is about to begin, the responsibility of Pepe Vázquez, head of lights, while the room is filling up, next to the deep reflections of Espert or Barea, two old men who know everything about the theater and continue talking about the trade as first timers.

“How strong what is happening to us. We are actors who repeat the same text over and over again. It coincided that it was the hundredth function when I started the documentary and in the one hundredth function I saw them all again talking about the character, about why in the end it was so important to forgive – look, my hairs stand on end- “, the actor is excited.

Because in a function “it seems that it is all automatic: well, no – he emphasizes -. In this story, in this function, what there were were hearts that went beyond all the time, from the backstage and the documentary”.