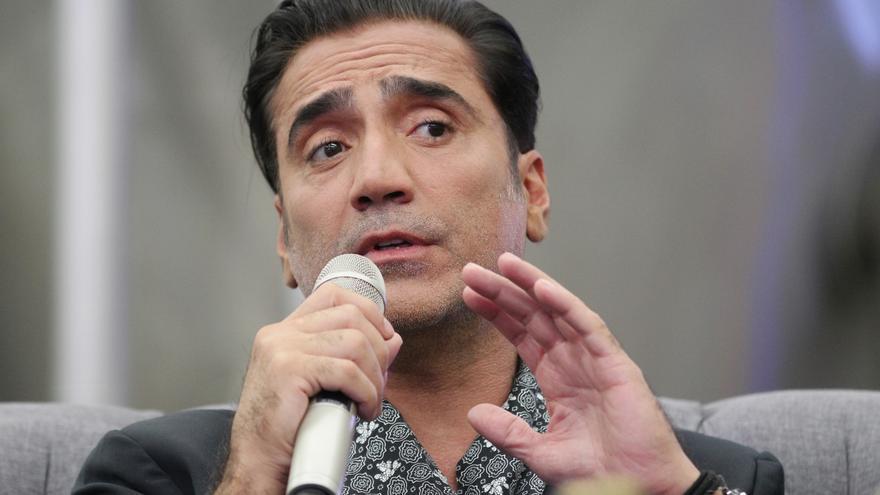 Miami (USA), Apr 14 (EFE) .- The Mexican singer Alejandro Fernández and the Brazilian interpreter Anitta tested positive for the covid-19 hours before the ceremony for the delivery of the Latin American Music Awards (Latin AMAs), in which both were going to participate, sources close to the artists informed Efe today.

Fernández, 49 years old and known as El Potrillo, is one of the guests of honor at the awards, in which he was initially scheduled to receive the "Icon" award at this Latin American music festival that will host the US city of Sunrise ( Florida).

The Mexican star was also scheduled to perform several musical numbers at the gala, including a tribute to the late Mexican singer-songwriter Joan Sebastian, in which Joss Favela and Natanael Cano were also expected to participate.

El Potrillo had to perform this Wednesday the antigen test that the Telemundo network, organizer of the awards, requires from all who enter the BB&T Center, a sports venue north of Miami where the gala will be held.

Shortly after, the Mexican singer "was surprised with the positive result," the sources told EFE.

In an interview with Efe, Fernández assured on Monday that he had been "very careful" since the pandemic broke out last year.

"In fact, this is the first time I have seen the press or people who are not from my inner circle," said the musician, who also explained that he had already received a dose of the vaccine against covid-19.

Following the production protocol of the Latin AMAs, Fernández returned to his hotel after finding out the positive and tonight he was still waiting for the result of the PCR, the most effective test for the diagnosis of covid-19.

In Anitta's case, the positive result was received on Monday, when she came to rehearse.

The artist was going to be part of the presentation of the song "My girl", along with Myke Towers, Wisin and Maluma, but this Wednesday it was confirmed that she was out of the gala according to the same sources, although the chain did not corroborate this point.

Anitta's representatives told Efe that four tests have been carried out on the Rio singer and that two were positive and the other two negative.

"Anitta is at home (in Miami), without symptoms and is going to have her own tests with her doctor, because the examinations of the awards are not conclusive," they explained.

Sources from the show's production revealed to Efe that there are other artists in the same situation, but their names have not yet been released.

Faced with these unforeseen events, the organizers of the Latin AMAs, which will be broadcast on Thursday starting at 8:00 p.m. local time in the eastern United States (00:00 GMT on Friday), are making last-minute changes to the gala program, which could include the Mexican singer.

Alejandro Fernández is one of the big stars of the night, along with Colombians Karol G and J Balvin, who are tied for first place in nominations, with nine nominations each.

The chain indicated to Efe in a statement that the safety of all those involved in the gala, including the artists, is its main priority.

"Following the guidelines of the company and the CDC (Centers for Disease Prevention and Control of the United States), we have implemented strict safety protocols to protect and maintain a safe work environment for all and to be able to bring to our audiences this next edition of the Latin American Music Awards ", they indicated.