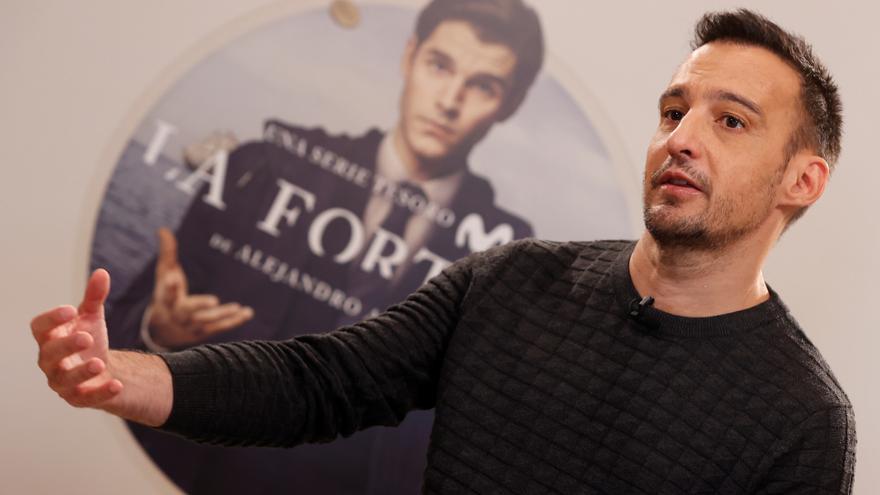 In times of polarization and extremism, Alejandro Amenábar comes to television with a friendly story, ‘La Fortuna’ (Movistar +), his first series, an epic tale of adventure and contemporary struggle between pirates and officials who love the national heritage who defend that opposites can be found.

Amenábar (Santiago de Chile, 1972) presents this story that is inspired by the comic ‘The treasure of the Black Swan’ (which in turn is inspired by the “Odyssey case”) and which comes after his previous work, the movie ‘As long as the war lasts’, will raise more than one blister in a country where culture is still seen through the glasses of political ideologies.

In a talk with Efe, the winner of nine Goya awards and an Oscar talks about the denial of culture and the attack on filmmakers, who has lived in his own skin because of his opinions and, even, because of his sexual condition.

Question: What did you find in this comic to bring it to the screen?

Answer: I have known Paco Roca for several years, I admire him a lot and I really wanted to adapt something of his. As soon as I read the comic I felt that it had all the ingredients. On the one hand he had that world of Paco Roca based on the everyday, with a bit of humor, and that claim to adventure. This that I already wanted to do before the pandemic, when it broke out, became almost a reason for being. An evocation of adventure and the desire to have a good time.

In the presentation of the series at the San Sebastian Festival, he said that in “La Fortuna” you can see a patriotic sense “in a good way.” How is patriotism bad?

The idea of ​​homeland per se and the defense of what is ours in separation from that of others, the exaltation, all that I do not share too much. Perhaps because on the one hand I have a distinctly Basque surname, Amenábar, from Azpeitia, I was born in Santiago de Chile and raised in Madrid. So I am quite mixed on all sides. Sometimes we have conflict with our identity, with ourselves. And this story in which some officials make a correct decision such as defending heritage understood as culture and in which everything goes well for me is a defense, in a good sense, of the patriotic.

Do you also think that, as the Minister of Culture says in the series, “culture is our oil”?

Yes, and in the specific case of this series I think that Álvaro Mel (the protagonist) is our oil because few or practically no actor occurs to me who so young would have marked such an interesting character arc, defending it in English, Spanish and even in Korean. Therefore it is true that culture defines us and I do share that phrase of the minister.

And why is it still so maligned in Spain?

Well, because I believe, and this is a pilgrim thesis that I have had to develop as a result of this project, that for example when talking about the achievements of sport, other issues do not come into consideration. It is up to the people of culture to comment on, and even question, the society in which we live and that sometimes comes into direct confrontation with the ideas of others and sometimes culture, or certain works, are seen in the eye of the hurricane. I lived it a bit with “While the war lasts”, which I expressed myself as a citizen and suddenly you found that things were being commented that had nothing to do with the art of the work but with the different political implications.

Sometimes the most patriotic ones are still the ones who revile Spanish cinema, culture?

That evidently still exists. I have recently gone out on the street, now that there is talk that homophobia is only in the mind of the left, I have gone out and they have called me a fag and a communist. Throwing stones at ourselves is a national sport. But, on the one hand, you have to live with that and, on the other, thanks to the universalization of the media, there is the possibility of reaching more borders and it has been shown that national products can be very successful in other countries.

What values ​​would you say “La Fortuna” stands out?

He speaks of values ​​that in principle may seem very romantic such as justice, honesty, humility, which I claim as something possible and feasible for our society. That is why I say that the series appeals to the best that is in us.

In the series it is also seen, with the relationship of Lucía (Ana Polvorosa) and Álex (Álvaro Mel), that opposite poles can be found, even in Spain …

I bet on coexistence and I bet on the mixture of ideas. Two characters with different political ideas who fall in love is something that we have all experienced and that we can see even in the world of politics, so in front of politicians who spend the day throwing stones at the one in front, I think it is good that since some sectors of society demand coexistence.