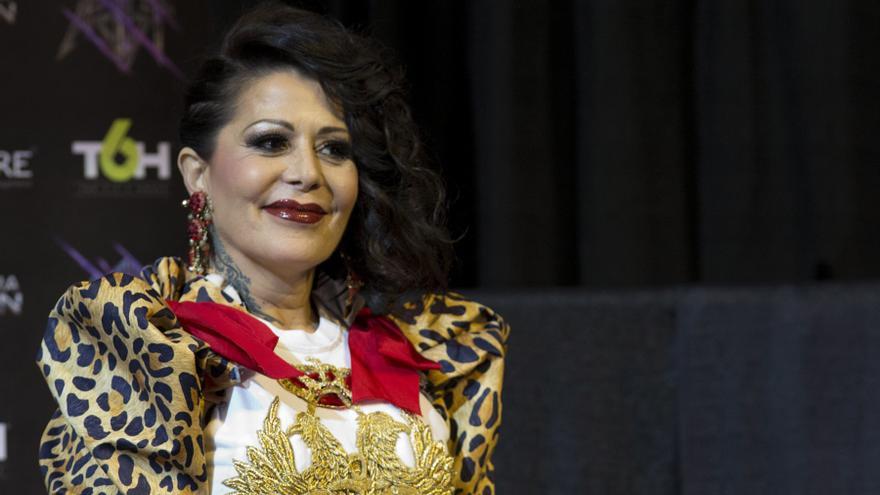 Mexico City, Apr 10 (EFE News) .- Mexican singer Alejandra Guzmán said that she puts "her hands on fire" for her father, also singer Enrique Guzmán accused by her granddaughter, Frida Sofía, of having abused her when she was little.

In a video published this Saturday on her official Instagram account, the artist made it very clear that she puts her hands on fire for her father and pointed out that he "is a great example for me and is a great man."

This in reaction to the statements of his daughter who a few days ago in an interview revealed possible abuse by her grandfather.

"I think it is time for me to speak up. As a mother I have done everything I can to help my daughter and get closer to her without the need for cameras or the media," he said.

The rocker pointed out that the subject is something "very delicate" and assured that it is "very sad to see my father, to understand what he is going through."

She affirmed that she also goes through accusations "without bases, that they are not fair."

Guzmán asked his daughter to fix the matter "in the best way" through the search for a therapist "someone who can help us, I know we can", he referred and offered his heart "and all my love because I gave birth to you. ".

He also asked the media for understanding on the issue as, he said, it is a "delicate family matter."

Frida Sofía, 29, offered an interview published last Wednesday in which she spoke about many issues related to her relationship with her mother and with her entire family.

But the revelation of possible abuse by her grandfather was the most tense moment, it brought tears to her and she was visibly upset.

In addition, she said that she had never dared to tell it because she felt guilty because, she explained, being a child she understood that it was the "normal" way in which a grandfather treated his granddaughter.

On Thursday, Enrique Guzmán was present in a television program in which he assured that Frida Sofía's claims about touching by her grandfather at the age of five were false.

On this, the family added in the statement that this was the first and last appearance in the media on their part to talk about the controversy.

"We do not want to participate in this wave of gossip that is due to 'concerned journalists' taking advantage of Frida's unfortunate situation," they said.

This is not the first time that Enrique Guzmán, 78, has received this type of accusation, since his ex-wife, the renowned actress Silvia Pinal, said years ago in an autobiographical book that he had received many types of violence on his part, from jealousy to beatings and rapes.