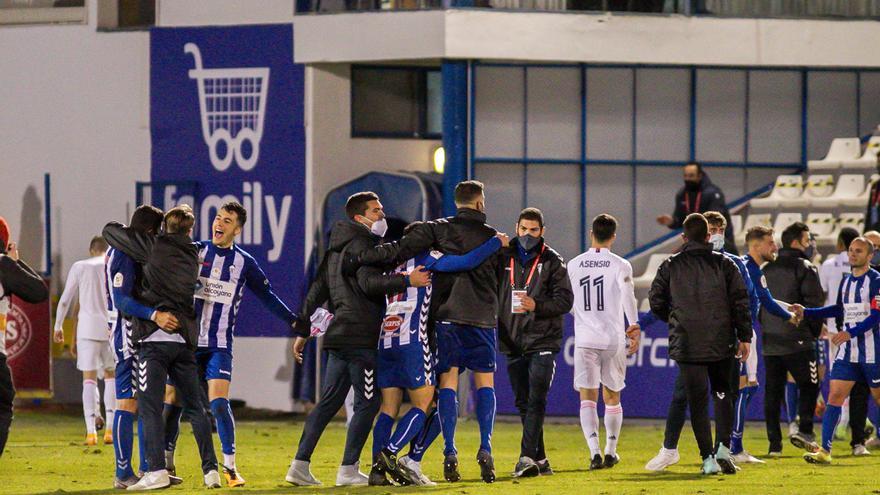 The Madrid team begins its journey in the round of 32 in a tournament that it is not particularly good at and where in recent years he has only gone far in the 2018-2019 season, to the semifinals, where he was felled by FC Barcelona. The last cup title was in 2014, precisely with Carlo Ancelotti at the helm, but the Italian will now have to deal with the difficulty of the one-game playoffs.

And the first has a 'trap' because it is against a rival, of a lower football category, the First RFEF, at home andn a scenario that was the 'grave' of Madrid last year, in a January that was quite negative for the team then trained by Zinédine Zidane.

Alcoyano has further increased its historical morale after that success, but also sAbe will surely be visited by an opponent with more enthusiasm and with the extra motivation of taking revenge for that 2-1 defeat in extra time, then a January 20. On the eve of the arrival of the Three Wise Men, the Alicante team dreams of a gift and charcoal for the 13-time European champion.

This comes from starting the year with defeat in Getafe, where he again showed that the teams that close well behind are quite choking as it also happened with Cádiz. The Alcoy team will also surely propose a match of that style and looking to make it 'long' like last year to look for his options against the leader of Primera, whose coach has already made it clear that he will provide the "best possible team" and that he will only give Andrey Lunin minutes.

The Ukrainian already lived that 'black night' in The Collao in which was his first official match with the Madrid team and will also want a particular revenge. Benzema, Modric, Mendy, Vinicius, Carvajal, Jovic and Bale will be the other visiting absences from a call where in addition to the two substitute goalkeepers, only two other homegrown players have traveled, defender Rafa Marín and winger Peter Federico, this one already with minutes left. San Mamés and the Coliseum.

Now, It remains to be seen if the Italian coach will make many of the usual starters such as Kroos, Casemiro, Militao or Alaba in the face of a very demanding section of the season, where he will also have to look for the first title with the Spanish Super Cup next week. Hazard, Valverde, Camavinga, Nacho, Marcelo, Mariano, Isco and a Ceballos already recovered from the injury that occurred at the Olympic Games could be among those chosen.

In front, an Alcoyano who will maintain his respect for Real Madrid, but that he will once again appeal to the illusion and his public to ring the bell again and set off the first alarms at the merengue club. The Alicante team earned the right to have a 'big' in this round after leaving out another 'Primera' like Levante in the penalty shootout.

There the figure of veteran goalkeeper José Juan, who is about to turn 43 years old, he hopes to cross the path of the Madrid team again, which he already stopped a year ago with stops of merit and safety under sticks.

The team that Vicente Parras coaches is not enjoying its best campaign since it is eleventh in Group 2 of the First RFEF, where the Real Madrid subsidiary is also located, which it has not yet faced, and closed 2021 with three defeats in a row and unmarked, although he has had time to prepare for this duel since he has not played since December 18. Ángel López, by penalty, is his only casualty.