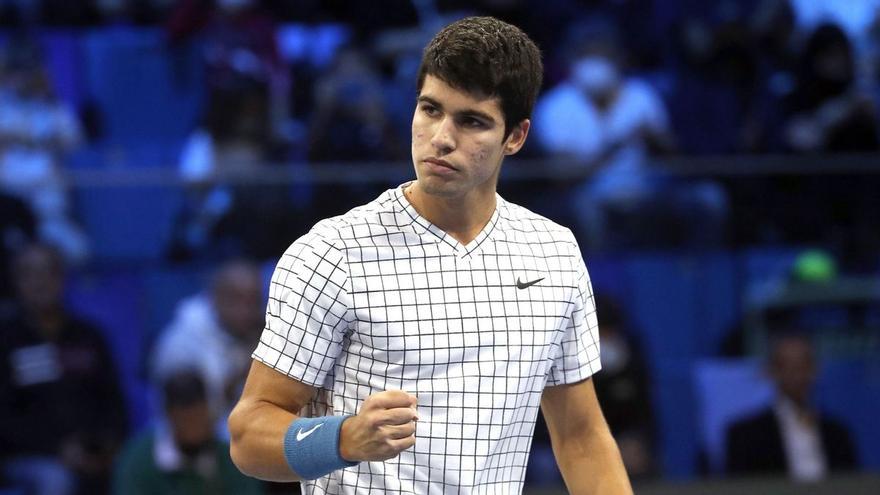 Without giving up a set and with two wins Carlos Alcaraz placeholder image has qualified this Wednesday for the semifinals of the Next Gen Masters after beating the American Brandon nakashima by 4-3 (4), 4-1 and 4-3 (4).

Alcaraz, 18 years old and number 35 in the world, once again delighted the audience of the Allianz Cloud in Milan with his tennis varied, powerful, varied of changes and included some genius with which he lifted the public from their seats.

The Spanish player, who won his first tournament on the circuit this year ATP in Umag, he achieved ten ‘aces’ against a rival, aged 20 and 63 worldwide, who stood up to him and forced him to play two ‘tie breaks’ in which Alcaraz it was always more effective.

In his debut in the tournament he had defeated the Dane Holger Rune by 4-3, 4-2 and 4-0 that this Thursday the second place in the group’s semifinals will be played against Nakashima, after the game before Alcaraz was imposed on the Argentine Juan Manuel Cerundolo 4-1, 4-2, 1-4 and 4-1.

Alcaraz becomes, big favorite to the title, becomes the second Spaniard to reach the semi-finals of the tournament after he did it Jaume munar, in 2018, when he fell to the Russian Andrey rublev.