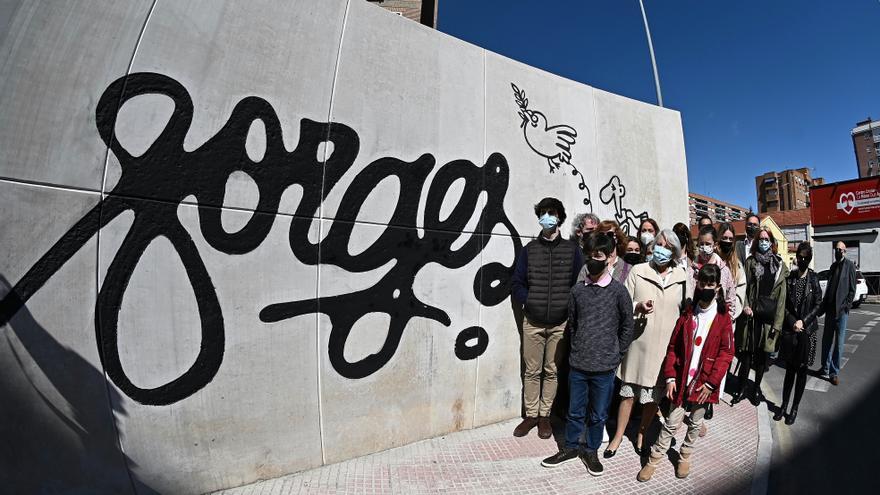 Alcalá de Henares (Madrid), March 14 (EFE) .- The Alcalá de Henares City Council has inaugurated this Sunday a monument dedicated to the graphic humorist Antonio Fraguas, Forges, in the roundabout that from today also bears his name, in an act in the one that his widow, Pilar Garrido, his children and grandchildren have been present.

“How appropriate to dedicate a roundabout to Forges, given that he gave so many turns to things,” said Garrido in a brief speech of appreciation in which he indicated that “Antonio would be very excited and grateful for the notorious importance with which this historic city has awarded him ”.

The monument to Forges shows on one side a cartoon by the cartoonist dedicated to human rights, and on the other “one of his Blasillos, the main actor in many of his cartoons, who flies from his hands a dove of peace with an olive branch, a symbol of brotherhood and harmony ”, explained the also cartoonist Julio Rey.

“Even if it was not pretty, it would be appreciated, but above all it is done with very good taste, I think it is magnificent, because it is beautiful,” Pilar Garrido told Efe.

Three years after his death, the widow of Forges misses “very much that all of us who remain here have missed what Antonio could have drawn in this pandemic and at this time.”

“Antonio would have been dedicated, as always; what the rest of us think is that what a shame Forges is not here now ”, he adds.

Julio Rey, director of the Quevedo Institute for the Arts of Humor at the University of Alcalá, promoted by Forges, highlighted his “commitment to freedom and democracy”, which “was unwavering and exemplary.”

Antonio Fraguas’s relationship with Alcalá began in the early 1990s with the creation of the Graphic Humor Program and the Quevedo Institute of the Arts of Humor of the General Foundation of the University of Alcalá, of which he was technical director since its creation.

He was awarded an honorary doctorate by the University of Alcalá in 2016, and awarded that same year with the VIII Quevedos Ibero-American Prize for Graphic Humor.

In addition to his “30 books, more than 80,000 drawings, four a day for more than 50 years”, the rector of the University of Alcalá, José Vicente Saz, has highlighted Antonio Fraguas his status as creator of “a language and a form to understand reality, lucid, full of irony and affection ”.

The mayor of Alcalá de Henares, Javier Rodríguez Palacios, has indicated that “in this city that he loved so much” there is from today a monument to Forges “so that anyone who sees it, reads his cartoons, and makes them reflect as he made us reflect to many of us who grew up with him ”.