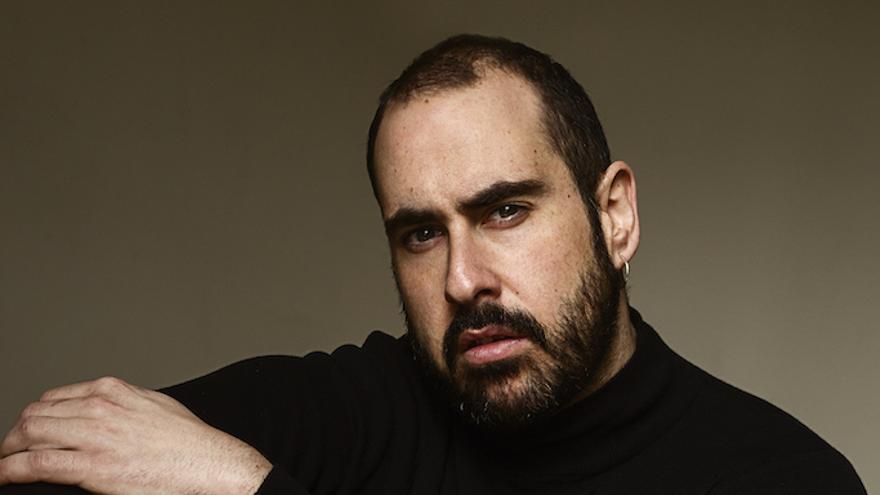 “Alberto does not have a heart, he has a nest. And from that nest, from that home built branch by branch, from which he teaches us what it is to fly (…), to fly is to look inward, but above all to open up to the outside without shame, without asking if your presence bothers, without apologizing for occupying more space than expected, without letting others mark your flight. That is flying “, explains the writer Roy Galán in the prologue that opens the first book by Alberto Velasco . Galán defends that Poor, fat and fag (Marli Brosgen, 2020) “It is not the book of a victim but of a survivor.”

Alberto Velasco (Valladolid, 1983) gained international popularity through his award-winning performance in the series Vis a Vis although his artistic career is extensive and fluctuates indistinctly between the audiovisual and theatrical universe, between acting, writing and dance. Some of his scenic montages are La Inopia: Choreographies for a 120 kg dancer, Hunting scenes and Damn damn (MAX Award for Performing Arts for Best New Film Editing 2015).

Currently, the series has just finished shooting By Ana Milan, his second short film as a director and has published his first book: Poor, fat and fag. “We are already trained in the group by appropriating insults, we turn them over and make our flag. This is what I have had to do with these three that have marked my life,” Velasco says about the title of his book.

Poor, fat and fag ignores literary boundaries. As Roy Galán draws, this “atlas of a body (…) forces us to look towards the margins, at the dissident folds”; since Velasco’s personal book is composed of poetry, WhatsApp conversations, a theatrical text and an audiovisual script. Velasco has done a complex literary exercise since he strips naked on each page, performs self-criticism, exposes his intimate life and reflects on the phobias among which subordinate people have grown, grows and grow. “You are going to take the lorzas, you are going to squeeze them as when you squeeze something that you like a lot. As when you squeeze the rolletes of your cousin’s baby. And you are going to thank them”, writes Alberto Velasco in his poem Today.

In addition to homophobia and gordofobia, another of the critical axes through which it transits Poor, fat and fag it is that of gender: the binary dichotomy and the use of inclusive language, which, says its author, does not understand “why there are people who find it so difficult.” “I feel that the firm ground on which the binary was based is full of cracks and lava that is coming out, and that all that lava, which is going to flood everything, is going to arrive at some point. I am part of those who are breaking the ground for that lava to come out, are social preconceptions that only bring pain and confinement to people’s freedom (…) it is the moment of self-determination of genders, of multiple genders “, Velasco observes.

“I am not a poet, I am not only a screenwriter, nor am I a solo activist, and the activist thing is difficult for me to say because it is too big for me because there are so many activists who dedicate their entire lives to changing the world that I, really, am a speaker of them “, says Velasco, who uses his media position to point out what bothers him:” The capitalist system pushes us to build yourself and this is very dangerous because we forget that we are empathic, cathartic and social beings. The danger of fiction is that it establishes realities. “

Velasco considers himself “lucky” because he is part of the small cast of dissident actors and actresses who have jobs in the world of fiction. “Roles that represent only 5% of the characters and that, nevertheless, represent 95% of society,” he says. The king of flowers It is the title of the second short film directed by Alberto Velasco and which is in the editing phase. The story has an autobiographical halo and, in addition, it was shot in his town: “We go to the images of my childhood, to the place where I got up to dance for the first time, my folklore dance teacher came; a profound regression. feather, living in a lost town in our Spain, is a necessary terrorist act “, reveals Alberto. Velasco points out that most of the characters who work in fiction” fit into a size 38 “. Therefore,” 60 or 70% of the The cast of my short film are fat “. The actor assures that” fat phobia is transversal in all fictional characters. There is something that still eludes us in the visibility of non-normative bodies and I think it is something we have to pay special attention to “.

Velasco’s work is full of reminiscences of his childhood and adolescence in Valladolid and is a drive towards “the revolution of being happy.” However, among his artistic miscellany, he emphasizes education as one of the basic pillars of society. “We are very concerned about teaching children data and they come into the world as productive beings and not as emotional beings. And, in the end, we are a bag of emotions, we try to manage life as we can because they don’t give us tools. How cool would it have been? It was that in our training they had told us about emotional intelligence, about different ways of seeing the world, that everything you feel is fine, “says Alberto Velasco.