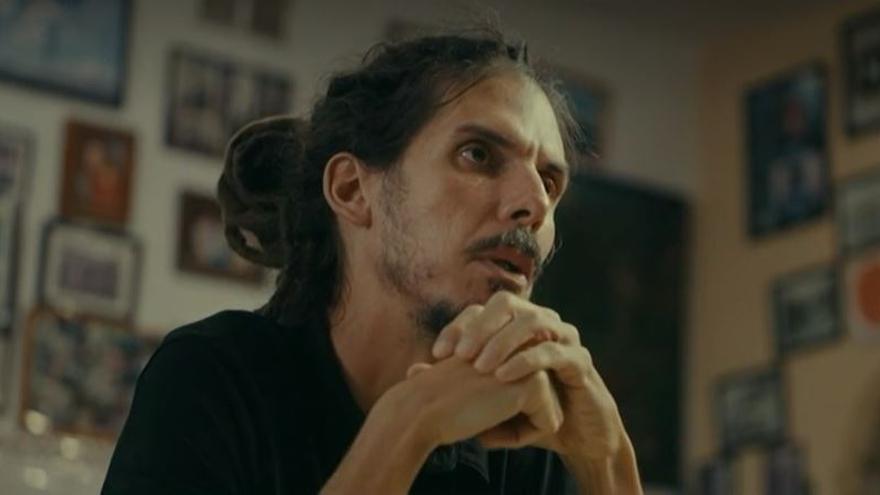 The ex-deputy of United We Can Alberto Rodríguez has blamed the president of Congress, Meritxell Batet, and the PSOE for “stealing the deputy certificate from 64,000 canaries.” In an interview in the program ‘Saved’, from LaSexta, Rodríguez has been convinced that “if he had been another deputy, with another surname or another origin” he would still retain his seat in the Lower House. An argument that he has left “in the air”, when asked if his training could have done more, so that “the militancy values ​​in their homes”.

The former deputy has explained in his first intervention in a media after losing the seat as a result of a conviction for kicking a policeman during a demonstration in 2014, who learned that Congress would withdraw the minutes by a call from Batet: “Meritxell Batet calls me directly. She told me it was causing her pain and that the relationship had been good these years, but that is what she has to do. I tell him that I believe that what he is doing or want to do is a tremendous cacicada, that the sentence does not state that. ” “I told him I was doing the dirty work of what they (for the Supreme Court justices) did not dare to do,” he added.

Initially, the lawyers of the Chamber understood that this conviction did not lead to the loss of the seat, which had been obtained before the disqualification, but in an unusual move, the president of the Second Chamber of the Supreme Court, Manuel Marchena, sent an official letter to the President of Congress, Meritxell Batet, indicating that the sentence entailed the loss of his status as a deputy. Finally, Batet accepted the indications of the Supreme Court and made the withdrawal of Rodríguez’s seat effective.

Regarding whether Unidos Podemos has disappointed him, Rodríguez affirms that he has the feeling “that much more could have been done to prevent 64,000 Canaries from losing their representation and voice in Congress.” “I think they should have done the same as if I had another surname and another origin and if it were another person,” he repeated. Asked directly if he was referring in this case to what was his party, the former deputy has preferred to leave it “in the air.” He has said, yes, that he received the call from Ione Belarra in the moment before losing the act of deputy, as well as several from Yolanda Díaz a posteriori, but none from Irene Montero or Alberto Garzón.

Rodríguez defends that they are “applying a different sentence” to the one they gave him. The sentence, which was passed unanimously and based on the agent’s testimony without evidence, punished the former secretary of the Podemos Organization to a prison sentence of one month and fifteen days and disqualification from passive suffrage, which was replaced by a fine of 540 euros. That loss of passive suffrage for 45 days does not entail, in his opinion and that of other jurists, the loss of the seat, obtained long before the sentence, which is why he has assured that he will go “to the end.”

“If they give me back the seat, I think I would be obliged to take it, to return. Personally, it would not seem like the best news in the world, but politically it does,” explained the former deputy, who would consider a hypothetical return to Congress. ” palpable demonstration “that they were right. Rodríguez has chosen fight for your seat through strictly legal channels. This week has presented an annulment incident before the High Court, trying to suspend the punishment when considering that it violates their rights and as a previous step to an appeal before the Constitutional Court.

The former deputy, who has left politics and has returned to his job as a chemical plant operator in a refinery in the Canary Islands, has been convinced that he has not had a fair trial and that the police officer’s testimony was “fabricated”. So he took the opportunity to “make visible the criminalization of protest and social movements.” “They did what they wanted to do before the trial, which was to convict me,” he said. That is why he has acknowledged that “he was waiting for the sentence, but not end up losing the act in Congress.”

Regarding his departure from politics, Rodríguez explained that he verified “the limits of a state party structure to defend the interests of our land. I believe that the issues that affect here have to be decided here,” in reference to the Canary Islands. Asked about the possibility of running for new elections under the umbrella of Yolanda Díaz, the former secretary of the Podemos organization has defended that what is needed in his land is “a Canarian obedience force, that decisions are made in the Canary Islands “.