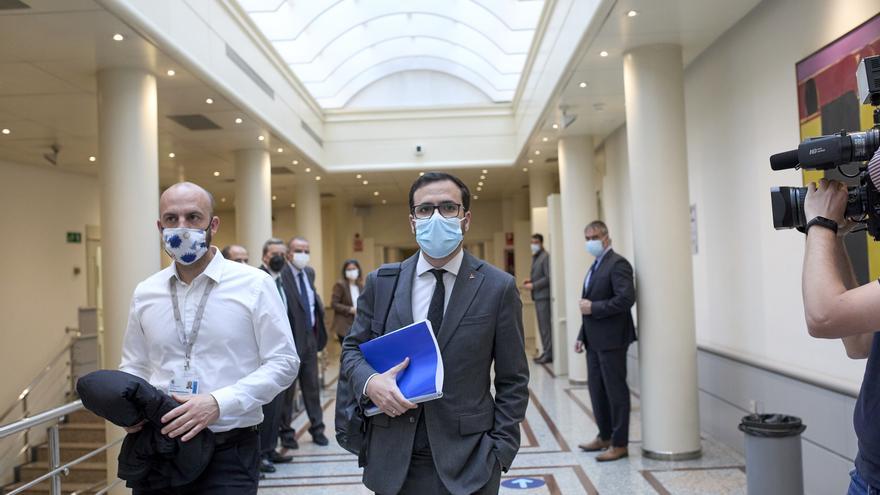 The Minister of Consumption, Alberto Garzón, has indicated this Thursday in the Senate that the Government is analyzing a possible reduction in the VAT of electricity to alleviate the strong increase in energy prices in the wholesale market. “I’m talking about VAT,” he said, about a “possible, hypothetical reduction, from 21% to 10%”, of the taxation of the invoice, as an “extraordinary action” while the structural reforms that the Executive has proposed come into operation to make the receipt cheaper.

Garzón, who until now had been against this VAT reduction like the rest of the members of the Government, has also indicated that it is being “studied” to approve by decree the mechanism to drain the so-called “profits fallen from the sky” of the companies electricity so that it “accelerates” its entry into force “and not wait for the corresponding procedures of a preliminary project”. The plan has been harshly criticized by companies, which would see their revenues cut by about $ 1 billion annually.

This morning, Vice President Nadia Calviño assured that what the Government is considering in the face of the escalation of the receipt is to recover “some measure of those that we already take on an emergency basis to reduce the bill in the short term.”

The Executive has never lowered the VAT on electricity, but it did suspend the electricity generation tax for six months at the end of 2018. According to 20 Minutes, the Ministry of Social Rights – led by the secretary general of Podemos, Ione Belarra – has proposed to the Ministry for Ecological Transition reduce the VAT rate from 21% to 10% of the receipt, but permanently.

During an Appearance in the Health and Consumption Commission of the Upper House, Garzón pointed out that there are “reasons to be alarmed” at the prospects for energy futures and it is “likely that all countries will have very complicated weeks and months” which is “sufficient reason” for this “reduction in taxation.”

“We have to be aware that in our environment there are also countries with lower taxation that allows them to better cope” with situations like the current one, he said.

A few hours earlier, the Vice President of Economic Affairs and Digital Transformation, Nadia Calviño, pointed out in an interview with SER that the Executive is “seeing if it is necessary to take any measures that we already take on an emergency basis to reduce the bill to short term”.

In a line similar to that of Calviño, the fourth vice president and minister for the Ecological Transition, Teresa Ribera, announced on Wednesday in Congress that she is studying the “suspension” of some tax figure that was not specified and would be “exceptional and provisional.” “It is not ruled out that in a tense situation like this we have to go back to doing what we already did at the time“Ribera said.

During his appearance, Garzón said he understood the “frustration” and “anger” of society at the “spectacular increase in profits” of the three big companies while the power went up. He pointed out that the Government has a “very important concern about the increase in basic supplies for working families”, which it has attributed to the “structural energy dependence” of Spain, the “oligopoly” structure of the Spanish electricity market and a policy public in the last decades very “improvable”, with examples such as the privatization of Endesa that “now yields benefits to the Italian State”.