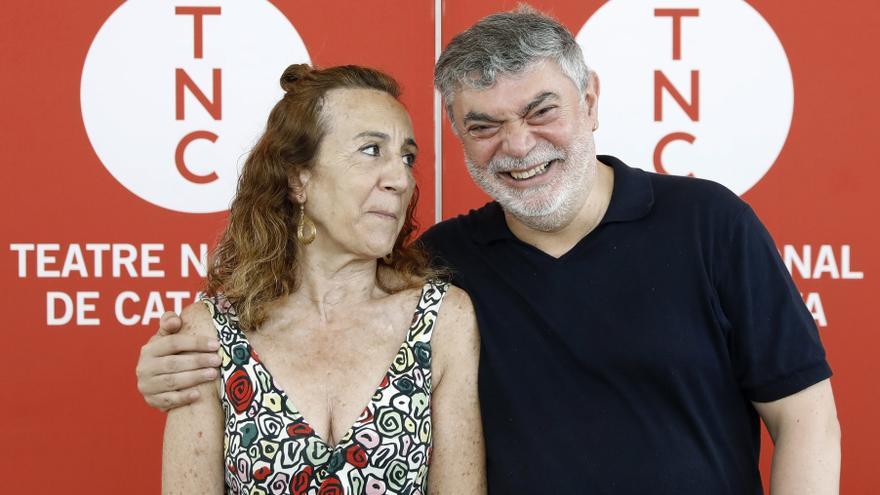 Barcelona, ​​Jul 12 (EFE) .- Xavier Albertí closes eight years at the helm of the Teatre Nacional de Catalunya (TNC) this month, in which the space has maintained a capacity occupancy above 80% and in eight seasons it has received more of a million spectators, who have attended the 189 programmed shows.

Albertí joined the TNC in 2013 “in the midst of one of the worst economic crises ever experienced” and now leaves office “in the midst of a health and social crisis”, but despite those turbulent times, he has been faithful to his project and “the The public has responded excellently to the proposal. ”

Albertí’s priority as artistic director of the TNC has been to work so that the TNC, in addition to the production and exhibition of shows, is, above all, “a meeting space where citizens can better think, understand and rethink the dynamics ethics and ideologies that have shaped and shape our society “.

It has also closed most of the seasons above 80% occupancy and has achieved its historical record of subscribers to the TNC: 5,503 people subscribed in the 2019-2020 season.

Promoting a coexistence of very diverse audiences, and that converge in their plurality, has been possible, according to Albertí, thanks to the global set of activities of the TNC: from the 2013-20214 season to the present, the National Theater of Catalonia will have hosted 189 shows, 2,038 activities parallel to the shows and will have published up to 465 plays.

The vast majority of the programming has been indigenous contemporary theater, 43 plays, which have gathered more than 145,000 spectators.

In a joint initiative with the Department of Culture of the Generalitat of Catalonia, the 2019-2020 season the TNC recovered the theater’s own tours.

Albertí entered the National Theater with “Taxi … al TNC!”, The inaugural show of the 2013-2014 season, and left office directing “L’Emperadriu del Paral·lel”, a play by Lluïsa Cunillé, first playwright viva that has premiered its own text in the Sala Gran del Teatre Nacional. “In addition, during this time, parity has also been achieved in the TNC’s programming,” he added.

“Taxi … to the TNC!” It was programmed for charitable purposes and raised more than 45,000 euros, which were allocated entirely to the social program Apropa Cultura; and throughout these eight Albertí seasons, social plays have been integrated into the theater’s regular programming.

The editorial activity of the TNC, Albertí stressed, has been another of the strengths of this artistic project, since throughout the eight seasons, the increase in the TNC’s editorial production as well as participation in organized reading clubs Together with the Public Libraries of the Generalitat, they have made the TNC a leading editorial project as well as the first editor of theatrical texts in Catalonia.

Regarding the publishing activity, a total of 465 works of theater texts have been published thanks to the collaboration with publishing labels such as Arola, L’Avenç, Comanegra or Quaderns Crema.

The “Leer el Teatro” program was born precisely from the hand of Xavier Albertí in 2013 and since then it has managed to involve 119 libraries and 61 texts of different styles of Catalan and universal heritage, classic and contemporary have been read (Sagarra, Rodoreda, Cunillé , Rosich, Lorca, Lope de Vega, Molière, Shakespeare, Wilde, Kane or Koltès) and has accumulated more than 12,000 unique readers.

Albertí recalled that in order to fulfill his function of rediscovering and promoting Catalan theatrical heritage, he has dedicated each season to a certain author or theatrical genre that, for various reasons, had been left out of the Catalan theater canon despite their artistic relevance.