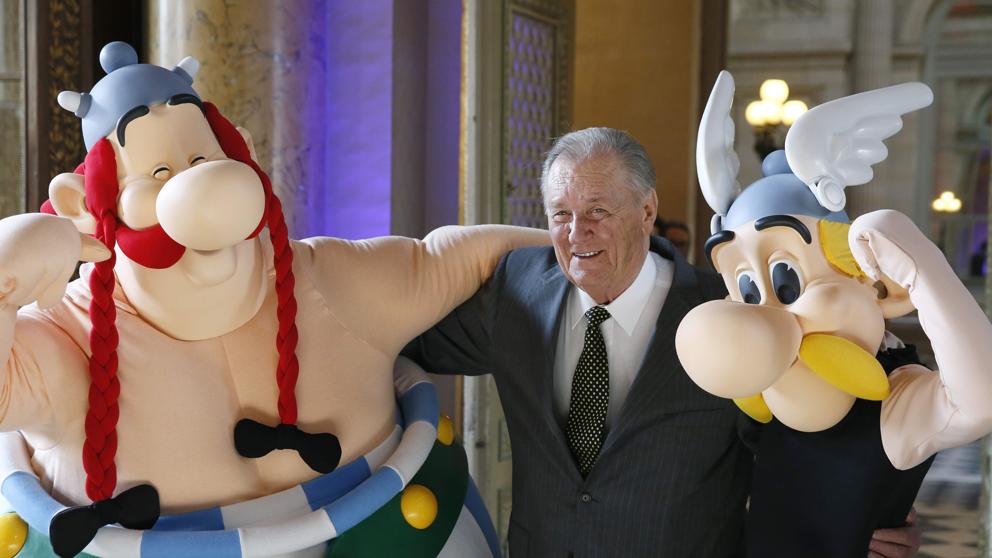 The cartoonist Albert Uderzo, creator together with the screenwriter René Goscinny of the character of Asterix, He died this Tuesday at the age of 92, as reported by his family. “Albert Uderzo has died while sleeping at his Neuilly home from a heart attack with no link to the coronavirus. He had been very tired for several weeks ”, explained his son-in-law, Bernard de Choisy to Afp.

Albert Uderzo, born in the French town of Fismes in 1927, is undoubtedly the most international French comic artist, thanks to his character from the French Astérix, created in 1959 with the screenwriter René Goscinny.

The son of Italian parents, he began a career as a cartoonist with characters such as ‘Flamberge and Clopinard’ or ‘Belloy and Arys Buck’ after the Second World War. He also drew episodes of the British character Captain Marvel Jr. His life changed when he met René Goscinny in 1951, with whom he created the character Jehan Pistolet. In 1958, a year before Asterix, his joint character Oumpah-pah was born, an American Indian and his adventures continued until 1962.)

In 1959, Goscinny and Uderzo were named editor and artistic director of the comic magazine ‘Pilote’, in which number 1 Asterix first appeared. In 1961, his first album, “Asterix the Gallic,” was released. Together, they signed 24 albums and, when Goscinny died in 1977, Uderzo also made the scripts ,, bequeathing up to album 34. Since 2013, the character has been carried out by cartoonist Didier Conrad and screenwriter Jean-Yves Ferri, with the supervision of Uderzo, and they have already published four titles, the last one ” La hija de Vercingetótix ‘(2019).

Dani Martin surprises his fans in full confinement with a preview of Los Huesos, with Juanes

The Sitges Film Festival will show fantastic shorts during the confinement

The Government includes the performing arts, music and cinema in its urgent measures – La Provincia