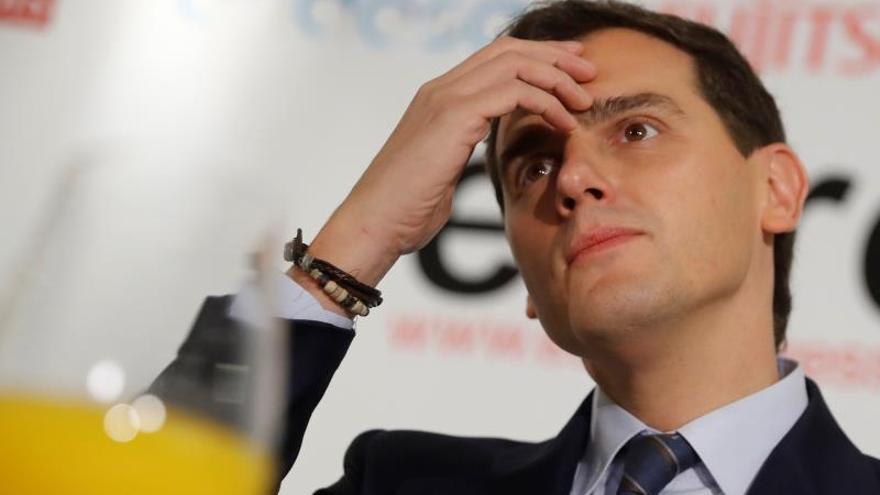 Albert Rivera has not only decided to turn the page of his time in Ciudadanos, a party that he led for more than thirteen years. Nor does he want to know anything about the 'Arrimadas era'. According to former colleagues with whom he continues to deal, "Albert respects Inés a lot" and has "great affection" for him, but he has distanced himself from her and from his political strategy.

That Rivera does not share the strategic turn that Arrimadas has undertaken Agreeing with the government of Pedro Sánchez, which he denounced, is no secret: it is evident in his Twitter profile where he ignores everything his predecessor and his party does - in which he continues to be a militant - while focusing on harsh criticism to the Government and in commenting on current political issues. "It is that she does not want to interfere in her decisions," apologize these same colleagues who say they see her "better than ever." "He is happy and relaxed like never before," they say.

Other consulted leaders corroborate that since the pandemic began, relations between the two leaders have cooled. In fact, among Rivera's plans she was not even participating in the IV Extraordinary General Assembly of Citizens that was held electronically by Covid-19, in which Arrimadas was ratified as president. In the end, she did it through an engagement video -in which she barely quoted her- when verifying the commotion that had arisen when it transpired that he was not even going to say goodbye to the militancy.

Since he was dismissed from his post on November 11 after the debacle suffered at the polls, the one who was the almighty leader of the party for more than thirteen years has remained in discreet silence. Its first reappearance was in early March - shortly before the pandemic broke out - to Announce to hype and cymbal that he had been signed to preside over the Martínez-Echeverría law firm, who soon after also incorporated the one who was his right arm in the match, José Manuel Villegas.

In just these nine months, Rivera's life has turned 180 degrees. He dedicates himself to his family and to "civil life" as a lawyer. He no longer lives the daily pressure of politics and since he seems to have time to spare, two months ago he decided to embark on a new - and for some "mysterious" - project that he himself has baptized as "Leaders in change" addressed to "entrepreneurs" with whom he has already held two telematic meetings via webinar.

In order to maintain contact with this network of "leaders", it has set up a channel on Telegram in which it already has more than 3,300 subscribers to whom it proposes topics and polls for "debate". This week he asks them about "the rescue of the European Union" and "which option seems best to them": "That the EU put conditions, such as reforms against unemployment or school dropout"; or that "they only lend money without conditions for the fact of being members". As the channel was closed immediately, it is still unknown which is the preferred option for its followers, although it is intuited that the first will win.

Yes, yes, he has taken advantage of the moment to anchor in Telegram the first interview he grants to a media outlet since he left politics. Despite what he likes cameras, in all this time the former Citizen leader has disdained the long list of requests that have come his way. He didn't even break his silence when this newspaper uncovered that He had lived in a luxurious apartment for more than two years, paid by the Madrid businessman Kike Sarasola. But last week agreed to speak to Diario Sur, from Malaga, to where he had traveled since there is the headquarters of the Martínez-Echevarría law firm.

In it Rivera talks a lot about his new family life after the birth of his second daughter, Lucía, the result of his relationship with the singer Malú, which is why he has been "persecuted" by the pink press since then, something he confesses that "he has not well".

The former leader of Ciudadanos answers several questions about the economic situation and the "rescue" that in his opinion the EU has granted to Spain in the distribution of community funds to face the crisis of the pandemic, and gives his opinion on the reforms that in his opinion he needs our country. But he does not once quote Inés Arrimadas. The journalist also does not ask about her or about the new stage of the party and the strategic turn taken by his successor, which suggests that he asked to avoid these issues.

In the interview he also reflects on his rise and fall and reveals that he could become Vice President of the Government, and even preside over the country. "When you get very high and you're close to getting what you want ... I don't know, I could have been one of the youngest vice presidents in this country and I didn't want to, I could have been in governments and I also said no." And it abounds: "He could even have been president of this country and change it, some polls even said that. But it could not be."

On his departure, after leaving the party with only 10 deputies, he assures that "I am left with the satisfaction of having been consistent, getting it right and wrong, and leaving as well. It is necessary to know how to get here, we have arrived", while ruling out returning. "Life is stages and I have closed the stage in politics forever. I am proud of what I have achieved, but now a new life begins and I am very happy," he said.

Rivera also confesses that what he "misses the most is" the people I have encountered in politics, "but he acknowledges that" the first line of fire, permanent pressure, daily decision-making ... I don't miss that. less. I am quite relieved because in civil and private life I have a lot more freedom. "

That he speaks of his resignation is not new. Last June he revealed in one of those virtual meetings that he is starring with entrepreneurs, that this was the hardest moment of his political career. "I ended up marching before a bad electoral result. In 12 hours, I made a vital decision because it was important to me to know how to leave with dignity, on time and assuming political responsibilities. And that's what I did, I resigned - that Russian verb that no one knows how to conjugate, he quipped, - without a closed job, with one hand in front and the other behind, simply because he believed in values ​​and in a way of understanding things, "he said. .

The former president of Ciudadanos will reappear publicly in mid-September to finally present - if the outbreaks of the pandemic do not prevent it again - his memoir: A free citizen (Espasa), in which he takes stock of his career in Ciudadanos, which he combines with "memories, lived and untold experiences, emotions and reflections on Spain", according to the editorial in his promotion.