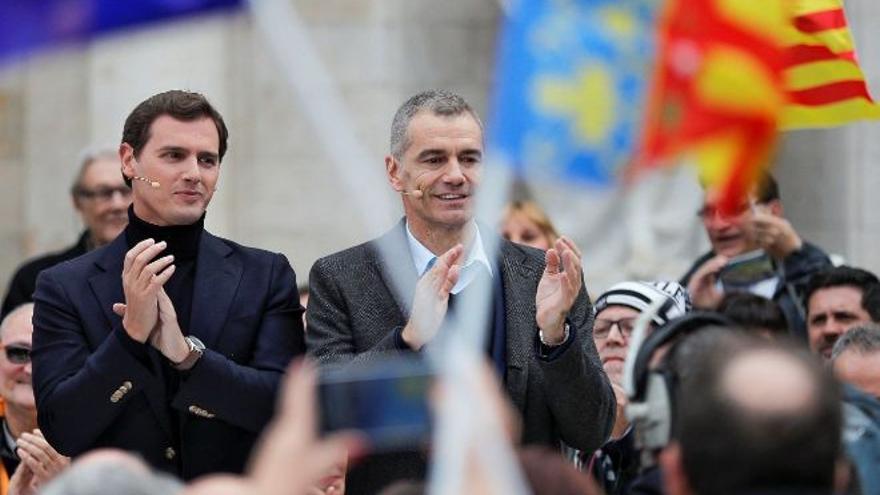 Albert Rivera already has one more professor on the list that he has chosen to teach in the postgraduate course in Leadership and Political Management that the former Citizen leader begins this fall at the Cardenal Cisneros center. This is Toni Cantó, the former coordinator of the party in Valencia, fled a few months ago to the PP to try to attend the list to the Community of Madrid of the autonomous elections of the past 4M, which the regional president, Isabel Díaz Ayuso, advanced as response to the failed motion of censure in Murcia. Finally Cantó failed to position himself as a PP deputy in the Madrid Assembly not being registered in the capital, but as a reward Díaz Ayuso named him director of the Spanish Office, a position created ad hoc for him.

The announcement that he will now be part of the list of professors who will teach in that postgraduate course has been ratified by Cantó himself on Twitter, where he pointed out that it is “an honor to be part of the great teaching staff that Albert Rivera has set up.”

Cantó joins a select group of former leaders of different political backgrounds who will also teach at the prestigious Institute under the direction of Rivera, including the former mayor of Madrid and former Minister of Justice, Alberto Ruiz Gallardón, the former Basque socialist leader, Eduardo Madina, the ex-minister of the PP, Josep Piqué, the ex-deputy of the PP, Borja Semper, the Nobel Prize in Literature, Mario Vargas Llosa or the economist Daniel Lacalle.

The former leader of Ciudadanos uploaded a promotional video to his Twitter account before the summer in which some names of the thirty people who will participate in the postgraduate course are revealed, contributing the experiences they have acquired in the different institutional areas where they have worked. “I am excited to tell you about the progress of the first postgraduate program of the Cardenal Cisneros Leadership Institute that I direct. It will be an honor to share experience and learning with the participants and together with some thirty first-level professors, in this unique program in Spain,” he said. . The Institute does not reveal what the professors charge and only details that the price of this postgraduate degree is 5,800 euros for 180 hours of classes and 27 credits.

Rivera left Ciudadanos sunk after the general elections of November 10, 2019, in which they went from having 57 deputies to only 10. Since then he has been oblivious to the new stage led by Inés Arrimadas and did not want to participate in the political convention that they celebrated between July 17 and 18, rejecting the invitation made by several members of the current leadership. As an apology, he alleged that since he resigned he decided to move away from political life and focus on his professional activity, in the firm where he works as a lawyer, Martínez Echevarría. But the rumors that he is behind the hostile takeover that the PP has launched against Ciudadanos have not ceased.

In fact, these courses will coincide with the convention that the PP will celebrate in autumn on which it has been speculated with its participation, an extreme that they deny in Genoa. Rivera’s collaboration with Pablo Casado’s party, according to sources from the conservative formation, is limited to the resources that the party has entrusted to his law firm, including against the Catalan rental law or against the educational reform (LOMLOE) , better known as ‘Ley Celaá’.