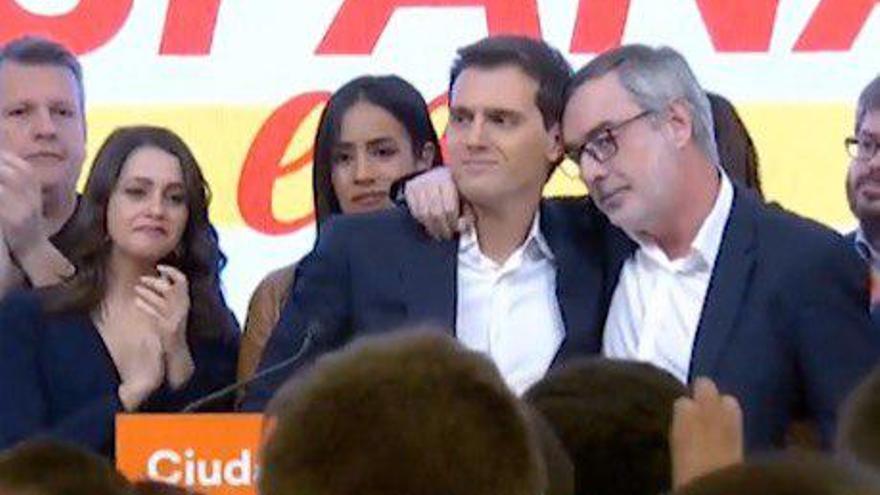 The former president of Ciudadanos, Albert Rivera, has once again dusted off his old theory of Sánchez’s “band”, with whom he refused to agree and imposed a veto on his party during the legislature that preceded the 10N elections, which led to the loss of 47 deputies. This Tuesday he has reproduced on his Twitter account the cover of ABC, which headlines “Otegi exchanges prisoners for budgets”, along with a photo of the leader of Bildu, which the former leader of Ciudadanos has accompanied with a single comment: “The band “.

His reappearance coincides with the moment in which his successor, Inés Arrimadas, is about to start the negotiation of the General State Budgets with the bipartite government of Pedro Sánchez and the leader of Podemos, Pablo Iglesias, to whom both he and the Arrimadas themselves have reviled until just a few months ago for considering that they have “a plan to divide Spain” together with their “separatist partners” and “the heirs of ETA.” A speech that since the pandemic broke out and given “the exceptional circumstances” that Spain is going through, the new leader of Ciudadanos has ended up burying.

But not Rivera, whose estrangement with the one who was his right arm in Congress and now leads the party, has been palpable. His cooling of relations is caused precisely by having rectified his strategy and deciding to open an agreement with the leader of the PSOE not only the alarm decrees and health measures, but now also the public accounts, something that he always refused when considering that it was some “fake” budgets that Sánchez was trying to carry out. That change in Arrimadas has also caused a sector of the party to become agitated. To the point that some Riverist leaders have withdrawn from the party, such as the former parliamentary spokesman, Juan Carlos Girauta, or deputy Marcos de Quinto.

Just this Monday, Rivera retweeted a user who had uploaded a video to this network in which a year ago, he appeared in several of his speeches in Congress with that argument.

His reappearance is also due to the imminent presentation of his book ‘A free citizen’ (Ed. Espasa), in which he narrates his political experiences in recent years at the head of Ciudadanos and in which he reveals some keys to his changes in strategy. For this reason, the leader of Ciudadanos has called for next Tuesday, the 22nd, a press conference at the Casa de América, an event that is presumed to be very crowded despite the fact that the capacity will be limited due to the pandemic.