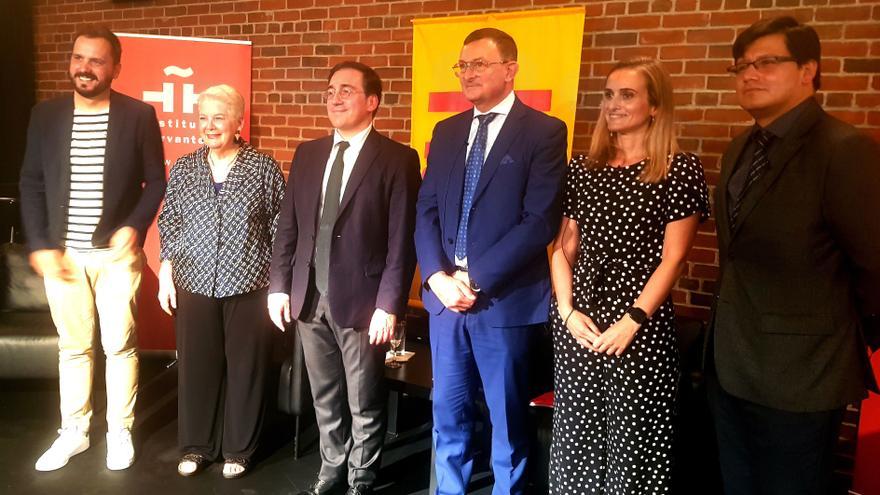 New York, Sep 21 (EFE) .- The Minister of Foreign Affairs, José Manuel Albares, urged today at the Cervantes Institute in New York to face the challenge of promoting the use of Spanish in scientific and economic fields and to do it together with everyone Spanish-speaking countries and with the help of new technologies.

“We have to favor, and that is the challenge of our generation in relation to our language, its use in the economic and scientific fields where today (Spanish) is underrepresented,” Albares said in a round table entitled: Spanish in the world, current presence, challenges and future, and that focused on the situation of the language of Cervantes in the United States.

In his speech, the minister, who recalled that only 8% of Spanish-speakers are Spanish, acknowledged that “Spain, by itself, cannot achieve such an ambitious goal.”

“What we are looking for, and it is a shared search, is to get the contribution of all Spanish-speaking countries in a shared effort,” he said.

Albares also insisted that the Spanish language shared by Ibero-American countries “must be at the same level as our common art and our common literature.”

“Because it is a key issue for our future. It is not a matter of prestige and of international presence, our future is also going to us,” he stressed.

In this matter, the minister highlighted the importance of the United States, where it is estimated that in 2060 it will be the country with the most Spanish-speakers, only behind Mexico.

“We must promote that Spanish is maintained and strengthened here, in the United States,” said Albares, who traveled to New York for the United Nations General Assembly held this week.

In this sense, he recalled that in 2019 in the US there were 41 million native speakers, 15.8 million speakers with limited competence and 8.1 million students of this language.

In the act, the first official event of the reopening of the Cervantes Institute after the closure by the covid-19, according to the director of the center, Richard Bueno Hudson, also participated the professors of the University of the City of New York the Colombian Carlos Aguasaco and the Peruvian Raquel Chang-Rodríguez, as well as the professor at Rutgers University, the Spanish Laura Ramírez-Polo and the also Spanish writer Kirmen Uribe.

These figures “do not correspond to the number of speakers, there is a lot of room to grow, we can grow five times more to achieve proportionality,” said the professor before recalling the saying that the first generation of Ibero-American migrants in the United States speaks Spanish. , the second understands it and the third loses it.

During the presentation, Uribe insisted on the importance of New York, as “the great speaker, not only towards the US, but towards the world” and called for work to translate more literature in Spanish into English.