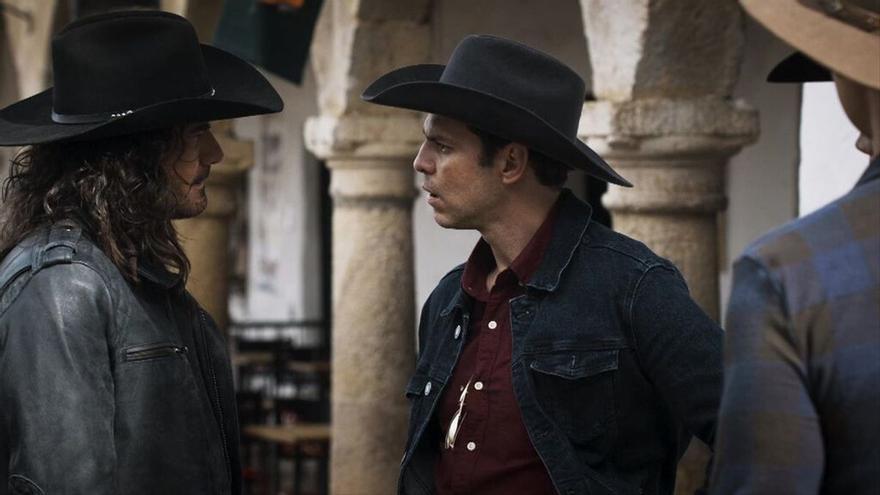 Antenna 3 opens tonight (10:00 p.m.) 'Sunrise', the Spanish adaptation of the successful 'Fatmagül'. Elena Rivera plays the protagonist, a young woman without fear. However, after returning to her town for vacation, a promising night of partying is tinged with tragedy when a group of boys sexually assault her. The next day, she wakes up naked on the beach. A year before, when she left behind her predictable life, she couldn't imagine that in the great capital she would meet Bruno again, she was her neighbor and for whom she had never been interested. What was separated by a simple street never happened, becomes possible in a city of four million inhabitants.

For its part, Telecinco bet this Wednesday for a new installment of 'Passion of Hawks' (10:50 p.m.). Nerves, anticipation and the desire to receive Juan Andrés overwhelm Rosario Montes on the night of the long-awaited inauguration of the Alcalá bar, an event to which the King and Queen are invited and which will bring together important personalities from San Marcos. After the success of the place on its first day, Gunter shows up at the Hacienda de los Reyes-Elizondo to invite the children of Juan and Norma to the Alcalá bar. That same night Juan David is dazzled by Rosario's beauty and the emotion that she exudes from her singing.

'The three doors' come back tonight to the 1 from TVE (10:40 p.m.). Lolita, Isabel Coixet, Xavier Sardá, José Mercé and Antonio Orozco will be some of the celebrities with whom María Casado will carry out her characteristic serene talk.

the sixth program tonight for a new installment of 'The objective' (10:30 p.m.). Ana Pastor will interview the head of European diplomacy and former Spanish Foreign Minister, Josep Borrell, to learn the keys to Putin's invasion, the shipment of weapons to Ukraine by Spain or the danger of a nuclear conflict.

Also, a new installment of 'Everything is true' occupies the prime time of Four (10:50 p.m.). The program presented by Risto Mejide and Marta Flich will review the most powerful figures who support the Vladimir Putin regime and whose assets have grown substantially under its protection.