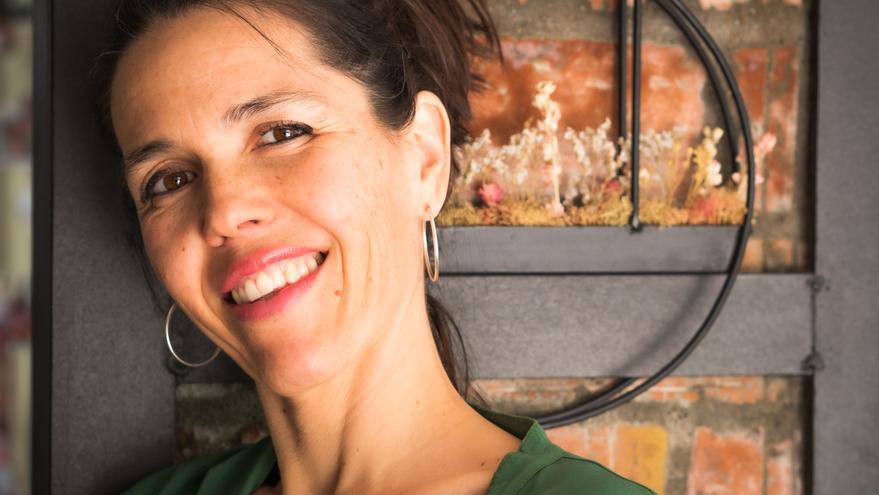 The rape suffered by a 16-year-old girl in Igualada, in the province of Barcelona, ​​has been a collective shock. Every hour two sexual assaults are reported in our country, according to the latest data from the Ministry of the Interior, but it is estimated that the vast majority of cases never come to light. Alba Alfageme i Casanova (Girona, 1979), psychologist specializing in victimology and sexual violence and professor of psychology at the University of Girona, has spent years analyzing what is behind this type of sexist violence sustained by the “stigma” that “society follows. making it fall “on the victims,” ​​he points out.

On November 18, the expert will publish the book Quan cridem els nostres noms (Univers), which is intended to be a guide “for feminist self-awareness and resilience.” Speaker at the conference Beyond physical violence. Responses to hidden violence, organized by the Government of the Canary Islands this November 11 and 12, Alfageme defends that, in the face of sexual violence, it is necessary to focus on men, who are “those who have the solution to end this,” reflects the also adviser in security policies and gender perspective of the Generalitat de Catalunya.

Are we witnessing a greater awareness and social reaction to this type of violence?

Yes, I think that socially we are in a process of awareness, although there is also a certain shock social because we are becoming aware of a structural and historical problem with very deep roots. We are realizing that sexual violence exists, it has a great impact and there are many more cases than we think. However, there are also more and more denialist discourses that continue to point out women as responsible for this type of aggression, which is a reaction to the advance of feminisms and to that increasing visibility.

With Igualada’s sexual assault, women’s fear of going down the street alone at night has once again been put on the table. Do we have less right to public space?

It is evidence. The only survey that has been carried out at the European level on sexist violence indicates that more than half of the respondents have stopped doing some activities for fear of suffering a sexual assault. Our right to full citizenship and to occupy public spaces without fear is clearly limited. One of the effects of this patriarchal system is that today going down the street without fear is a privilege reserved for men.

How has this fear been built?

I think there is a perversion with this speech. It is not that this fear appears in an innate way in women, but that it has to do with the socialization that we carry from childhood and that is done from an attempt to protect ourselves. We are incorporating this idea, we limit ourselves and at the same time it is a way of continuing to consider ourselves vulnerable and infantilize ourselves. According to anthropology, feeding this fear and constructing outer space as a space of threat has its origin in a strategy of control of women. Today we continue to repeat it without realizing that it is a very effective control system, when we know however that 80% of attacks do not occur in public spaces, at night and by strangers, but in intimate and private spaces. by men around us. The speech itself is out of focus.

He says that walking down the street without fear is a privilege of men. Of all? I think of men with a pen, for example.

Fear is built on women or on realities that break the heteronormative model, because patriarchy also attacks men who do not have the privileges of white men, heterosexual and upper-middle class, but it is true that when surveys of victimization, the main fear women have is to be raped. Perhaps that fear is different. Sexual violence is also a symbolic violence that sends a message to all women.

Sexual violence is a highly underreported crime. Why?

The data we have shows that only 10% are reported, although more and more is being done. When women have been asked why, what they tell us is that there are different reasons: one is mistrust in the judicial system, they do not feel that it can help them and, on the contrary, they think that what can happen to them is that it will to revictimize. They are also afraid of retaliation from the aggressor (s) and of stigma. There are many women who do not tell about it for fear of being pointed out, that the label of a rapeable woman is hung on them. The ‘woman, report’ discourse is very good, but the problem is not for women, it is that the system makes it very difficult for them. These motives are a mirror that gives us an image of how badly we are doing as a society.

How does this stigma of a sexually assaulted woman operate?

Two key elements go hand in hand: guilt and shame, which have historically been used to silence women. We are all in some way children of this patriarchy and we often share unconscious collective imaginations that make it easy when we see a sexual assault, to ask ourselves what this woman did. This is what they have always told us: if they attack you, it means that you have not done something in the proper way, you have not followed the rules.

This imaginary is also part of women themselves and many, when it happens, wonder what they did wrong. The stigma operates before being attacked (what sexual life did she have or if she had drunk), during the sexual assault (how she reacted, if she resisted) and after: if she manages to recover, it was probably not that serious. To this is added shame, which has to do with the patriarchal and archaic concept of honor, but which still exists today. Rape has historically been the clearest way to end a woman’s honor and it will never be overcome.

There are victims who are revealed against the common story that rape is never overcome. Does this speech hurt?

It is terrible because it is denying the recovery process itself. You have to understand the pain and sometimes this discourse comes from giving value to what has happened, but it is leading women to a dead end. If we feed it, we do not allow women to be survivors and we reduce them to female victims, but many of them are more than a raped woman and that does not define their identity, but rather they seek to build alternative paths to get ahead.

He defends putting the focus on men. Do you think everyone is aware of what rape is?

I defend it because macho and sexual violence is not really a problem for women, but for men. Those who have the solution to end this are them. In the end, either we really approach it like this or this is not going to end.

Men construct their sexuality based on the opportunities or moments in which they can take advantage of another person in a vulnerable situation, but since they do not use physical violence or direct intimidation, that is sex. However, in many cases they are exercising sexual violence. Many times they are not even aware of this. And it is that they are not practices that occur in a casual or isolated way, it is that they are standardized. Sexual violence is the instrument, it is not an objective in itself, the objective is to be able to have access to that body when and how they want. Here the subject of porn influences mainstreamBut the problem is that the kids don’t get any kind of sex education.

There are more and more movements on the so-called new masculinities or men that reflect on this, but what is missing?

There is a key issue and it is that trying to make a system change that is built on privileges causes a lot of resistance; sometimes more evident, others based on speeches that do follow this line but later fall apart in everyday life. They teach women to resign, but men the opposite: to occupy, to impose themselves and to make themselves visible. Who is willing to step aside? It is necessary to go through very strong emotional and psychological deconstruction processes that are added to the group pressure of other men, which also influences.

We see worrying data on the perception of sexist violence among young people: the number of those who think it does not exist has grown. Are we going backwards?

Obviously we are at the height of a reactionary discourse. It usually happens when there are movements for social transformation, such as feminism, that are making progress. These stories supported by the ideology of the extreme right expand the denial of sexist violence for fear of losing power or privileges, and many young people do not even identify it with the extreme right, but rather incorporate it as a form of resistance to a movement that begins to question them, something that is not comfortable at all. At the same time, each time the surveys tell us that girls report younger people; In other words, sexist violence continues, but they are more aware of what they live and embrace feminism. It can be read in two directions: we have a problem because many boys are joining these theses, but it is evidence that feminism advances, the more it advances, the more reaction.