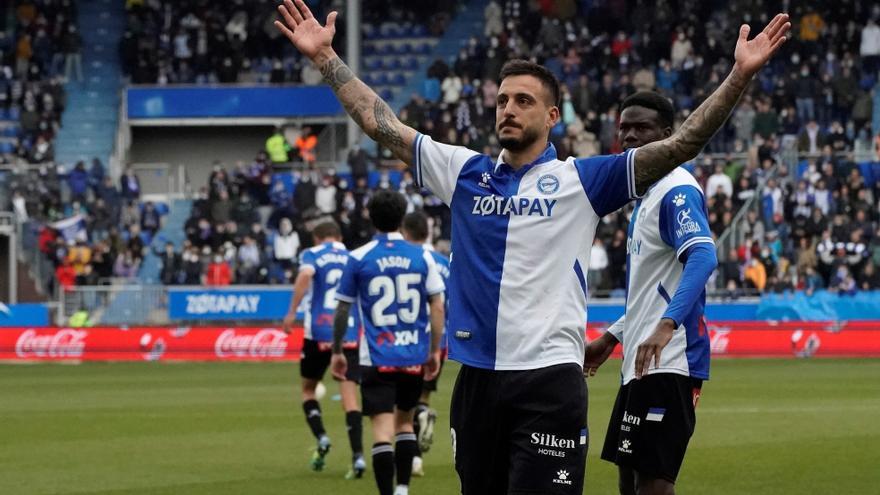 a goal of Mamadou Loum and another of Joselu gave air this Sunday to Deportivo Alavés, which achieved its first victory with Jose Luis Mendilibar before him Valencia2-1, in a duel with two penaltiesone for each side and that keeps the Valencianists without winning in 2022.

The Senegalese midfielder put the team from Vitoria ahead in the 14th minute by taking advantage of a rebound from Mamardashvili and after the break, in the 62nd, Gonzalo Guedes he equalized the penalty match.

The referee signaled another penalty, in favor of Alavés, and Joselu Mato he turned it into a goal in the 76th minute, a goal that meant the Basque team's first win in 2022.

Alavés gave Valencia the first scare of the match with an arrival from Mamadou Loum that disrupted Giorgi Mamardashvili with a good hand in the first minute of the match.

Then it was the Valencianistas who had more approaches to the rival goal, but Alavés was not daunted, they kept their defense advanced and with good pressure up front so as not to let Valencia think that I was trying to surprise with speed.

The arrivals of Alavés translated into corners and in one of them Loum signed the first goal of the afternoon.

The Senegalese caught a rejection of the goalkeeper visitor in the 14th minute after a good header from the Argentine Gonzalo Escalante and advanced to Alavés.

Valencia lacked depth and could not chain several passes to reach the domains of the slimy goalkeeper.

Alavés was close to extending the lead with a hard shot from Ruben Duarte from outside the area that the Valencia goalkeeper disrupted.

The first half ended with a clash inside the area between Tomas Pina and Carlos Soler with the ball stopped, which ended with a warning for the local player and Valencia asking for a penalty.

Jose Bordaláscoach of the Valencian team, went for the game after the break with a triple offensive change, after verifying that his team lacked fang in the first half and was almost unable to overcome the defensive barrier of Alavés.

the spark of Bryan Gil it changed the face of Valencia, but it did not manage to generate excessive danger either.

A personal move by the winger ended in a penalty for Bordalás' men for a handball Jason Remeseiro that the referee had to corroborate on the monitor. Gonzalo Guedes equalized in the 62nd minute from eleven meters, with a tight shot that touched Pacheco.

With 1-1, mendizorroza He carried his team on wings, which did not shrink and pressed his rival again.

Mamadou Loum had the second goal twice, but he was not successful and the match was broken. It was a constant back and forth, with a lot of intensity.

Then came the second penalty of the afternoon, in favor of Alavés after a foul yunus musah in a shot attempt by Gonzalo Escalante.

Joselu Mato cheated on mamardashvili and the albiazules regained control of the match in the 76th minute.

Valencia turned to attack, but did not come clearly against an Alavés who managed to withstand the push of Bordalás' men.

Incidents: Match corresponding to the twenty-fourth day of the LaLiga Santander played in Mendizorroza before 12,845 spectators, according to data provided by Alavés. A minute of silence was observed in memory of the former albiazul player Javier Berasaluze.