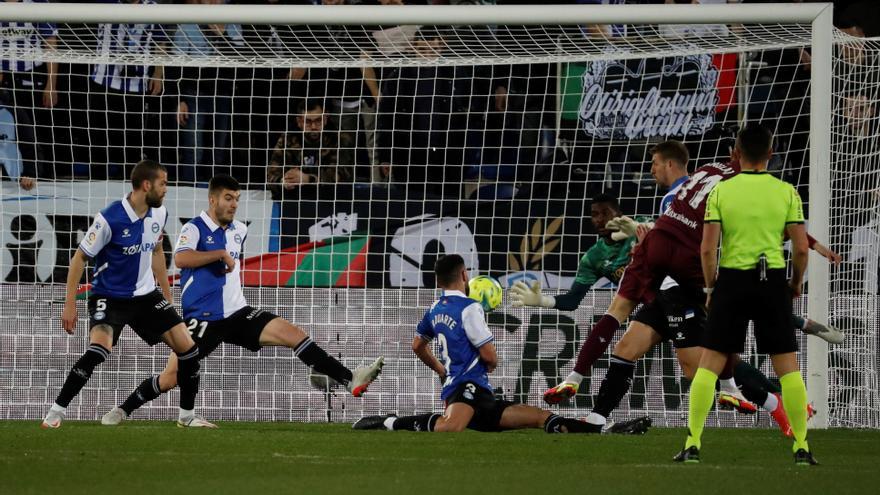 Adnan Januzaj and Joselu Mato they got a point that knew little by little Real society Y Deportivo Alavés and that left a bitter aftertaste in a very open duel that both contestants ended up drawing (1-1) after the San Sebastian went ahead in the 14th minute and the Albiazules tied for a penalty at the start of the second half of a corresponding match to the nineteenth round of LaLiga Santander.

There were numerous occasions for both who did not settle for a tie that did not serve much at the qualifying level, as they maintain their European and relegation positions respectively.

The duel began in an eventful way, with the last minute leave of Joseba Zaldua, which forced him to leave the "eleven" of Imanol Alguacil and, above all, with the injury, a priori, serious to Ander Barrenetxea three minutes after the start.

Before, Alavés had already reached the domains of Álex Remiro and Luis Rioja began to do his mischief on the right wing that the Gipuzkoan coach had to retouch.

But the donostiarras began to stretch and David Silva leaked a pass between the lines so that Christian Portuguese, Portu, It served precisely the Belgian Adnan Januzaj, substitute for Ander Barrenetxea, to convert the first of the afternoon in the 14th minute.

Alavés did not stop playing the game he had done so far and in the first corner kick that he forced he was able to tie, but Luis Rioja's volley went to the left of Alex Remiro.

Alexander Isak tested the debutante's reflexes Jesus Owono, who played for the positives in coronavirus from Fernando Pacheco and Antonio Sivera, and the Equatorial Guinean was successful the first time he had to intervene.

Joselu Mato Babazorro began to come into play in the box and with a header and an indirect free kick that forced the realistic goalkeeper to intervene with a stretched out, he lit the flame of a Mendizorroza stadium that had a good temperature from the beginning, as is usual in the empty derbies.

The interruptions due to several clashes between the players, who did not give up a ball for lost, did not prevent the game from having a lot of rhythm and several occasions such as those that Alexander Isak and Victor Laguardia on the edge of rest.

The Swedish striker found the post in a shot after a ride down the left, while the handy defender had the equalizer in his head after a head at the far post in a set piece, the biggest threat from the locals.

The second half began with a penalty from Igor Zubeldia on Miguel De la Fuente and that Joselu Mato converted in the 58th minute to open a new game that did not have a clear owner and in which direct play gave more revenue to the premises than the development of the visitors.

In fact, La Real could not find spaces between the lines to reach the goal slime and it was Alavés who was closest to making the second with a shot at the turn of Édgar Méndez that brushed the left post of the realistic goalkeeper.

Mikel merino He responded with a long shot that did not find a goal, but it was an example that the Donostiarras needed to finish the plays in a stuck collision.

Those of Jose Luis Mendilibar they raised lines and bottled at times those of Imanol Alguacil, who breathed when a direct free kick thrown by the Frenchman Florian Lejeune smoothed out Remiro's squad.

The final stretch it was fast paced. Neither was satisfied with the tie and the two eagerly searched for the rival goal

Incidents: Match corresponding to the nineteenth day of LaLiga Santander, played in Mendizorroza de Vitoria before 13,498 spectators, about 400 visitors, according to data from Alavés. The visitor Ander Barrenetxea retired on a stretcher three minutes after the start of the clash.