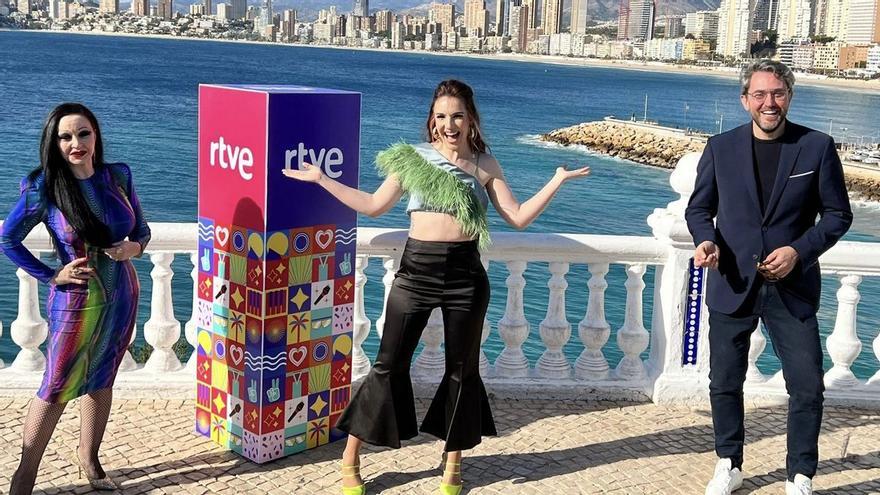 Alaska, Maximum Orchard and Ines Hernand have been the protagonists this morning in Benidorm. The singer, the influencer and the presenter are in charge of conducting the finery of the benidorm fest, which starts tonight at 10:40 p.m. with its first semifinal in La 1.

"Benidorm is one of those cities that I have decided to adopt. (...) It is a city that Europe understands well. I think it's smart for the representative of Spain to come out here", Alaska began by saying at the press conference that YOTELE was able to attend. The singer, who was already in charge of the 2009 pre-selection, admits that she sees the candidates as "phenomenal", although she does not want to reveal her favorite .

"I'm not going to get wet, because it doesn't seem fair. Only two years of my life have I not been furious with my favorites. One was 2009 and this is another. Obviously I have my preferences, but you can't know them", the singer has expressed, very much in line with Máximo Huerta, who highlights that they do not have a favorite "but several".

"Benidorm is disruptive, it is the first city to welcome the topless, and the Benidorm Fest presents non-normative, diverse and well-selected songs and it is a unique opportunity for artists and RTVE to shine", expressed Hernand, presenter of the Playz space 'Gen Z'. The influencer jumps for the first time to the public's prime time: "Ana María Bordas called me -director of entertainment for TVE- and I was moved", recognizes Hernand.

For his part, Máximo Huerta has also shown his enthusiasm because "I've been a eurofan since Conchita Bautista." The presenter has advanced that the staging of the candidacies "are tremendous". "I think what opens the door for artists to want to come. All the songs are playing. Not even a radio campaign," says the host. "I am presenting a magazine on Valencian regional television and I have asked for the whole week off to focus on this. This is the best", he added.

In the event that after the Benidorm Fest Spain wins Eurovision once and for all, the three of them are clear: "We want to present the Festival".

Salvador Sobral and Marlon will perform in the first semi-final

During the media meeting, some surprises from the first semifinal were also revealed, such as the name of the artists who will act as guests. In addition to the Asturian group Marlon, the winner of Eurovision 2017 Salvador Sobral also participates in the gala.

This is how the votes will be given

During the press conference, the method in which the voting results will be revealed was also confirmed. Máximo Huerta has told that the four most voted artists of the professional jury, the international jury, the demographic jury and the televote will be seen separately to give more television emotion. The sum of all these votes will result in the 4 artists who go on to the grand final. In this way, and unlike the Eurovision semifinals, viewers will be able to find out which candidacy starts with an advantage ahead of Saturday's final.