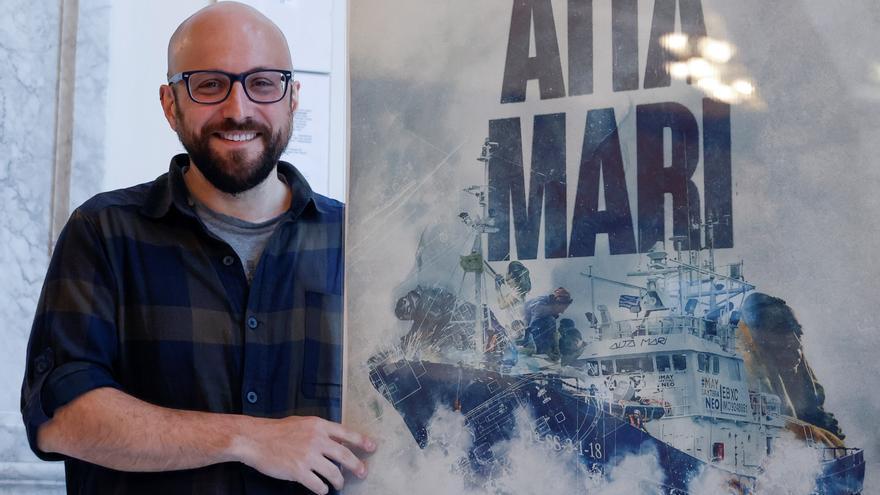 San Sebastián, Apr 27 (EFE) .- Humanitarian Maritime Rescue (SMH) provided aid on the Greek island of Chios until it transformed an old tuna boat into a rescue boat, the “Aita Mari”, the name of the vessel that gives title to a documentary on the work of this NGO with which it is sought to create “a critical conscience” in the viewer.

“It should not be normalized that people die in the sea. The other day 30 people died and it was difficult to find the headline. The Mediterranean cannot become a mass grave,” said Javi Julio, the director of this film, which premieres at the San Sebastián Film and Human Rights Festival.

The process that began with the decision to transform a ship destined for scrapping into a salvage ship until the first relief work carried out by the “Aita Mari” have been included in this film, the filming of which was planned for a few months and It ended up lasting more than three years because of the inconveniences made by the authorities to carry out its mission.

The documentary team has not captured the harshest scenes they have experienced with refugees who go to sea in the worst conditions because they think that part of the public will not want to go to the cinema to see the most dramatic situations.

They have opted for a more didactic approach and for leaving “a hopeful thread for whoever wants to go see it.”

“It is something that everyone has to understand,” Julio said, alluding to the information that is shed throughout the film on the policy of “blockade” of the European Union towards these people who are fleeing their countries and the “bureaucratic obstacles” faced by NGOs working to help them.

The president of SMH, Iñigo Mijangos, and the head of this Basque NGO Izaskun Arriaran have criticized the EU’s policy of “inaction” and the “sleight of hand” by Ursula von der Leyen, which made them think that with his arrival in the Presidency of the European Commission “were blowing new winds”, when in his opinion it has not been the case.

“Our illusion was shattered when in Greece they received shots at refugee ships and she thanked them for being the ‘shield’ of Europe,” Mijangos stressed.

“Aita Mari” does not yet have a distributor. Its director and Humanitarian Maritime Rescue would like that, in addition to its presentation in cinemas, it would end up being projected in high schools as a way to inoculate young people “that vaccine against racism and hatred of foreigners”, the director stressed Donostiarra, who comes from social education and has been working as a photojournalist for more than a decade.

The “Aita Mari” is now docked in the port of Adra, in Almería. Mijangos explained that they have requested a white flag inspection for May 4 in order to start their next mission.

He points out that the entire crew complies with the anticovid protocols, although he fears that some country “will consider the covid as an excuse” to prevent a rescue effort that sometimes leads them to unexpected situations.

That was the case of their first mission, when they located a boat with refugees that was not the one they were looking for and whose engine had failed.

“If we did not find them, they would not have even been part of a statistic. No one would have known that they had died at sea,” Arriaran warned.

She and Mijangos have assured that for those rescued it was not a problem that the moment was being filmed. “When someone shakes their hand, when they know that they are rescued, they do not think of a camera,” he stressed.