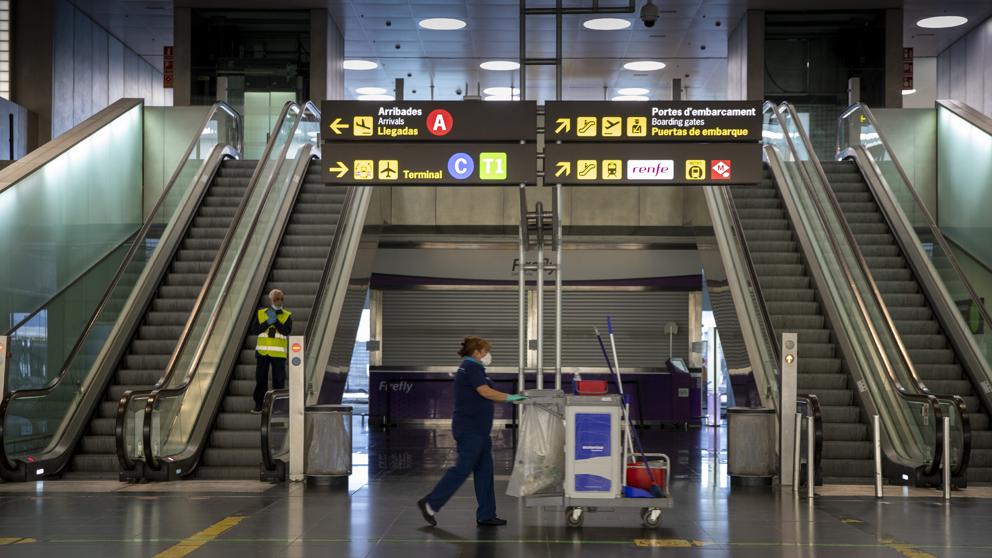 The airlines They have screamed into the sky. The Covid-19 It will weigh down the accounts of all companies and, in the absence of aid, the sector may plummet.

The IATA, the association that groups the majority of companies, has encrypted the impact that the coronavirus in Spain: Some 750,000 jobs are in jeopardy. In no other country in Europe will the consequences on jobs be so devastating.

Regarding the invoice, there will be a decrease in income of 11,000 million euros and almost 100 million fewer passengers. In conclusion, the loss for the Spanish GDP of the stoppage of the aeronautical transport sector can suppose about 45,000 million euros less.


“The only flight requests right now are for repatriation or for loading masks,” says one pilot.

“Everyone is on the ground. The only requests we receive are for repatriation flights or for loading masks, ”a businessman from the sector and a pilot based in Barcelona told this newspaper. “The problem is that when the confinement is lifted, the business will not start from the first day. This is going to cost, “he admits.

On a European scale, the Covid-19 will leave scorched earth around it. The last scenario of IATA figures a potential loss of revenue for airlines of 68,000 million euros. Likewise, it is estimated that passenger demand is 46% below 2019 levels. A decrease of this magnitude puts at risk in the Old Continent around 5.6 million jobs and 342,000 million euros in European GDP. , which is the total money that will stop being generated by the coronavirus crisis.

“The air transport industry is an economic engine, supporting up to 12.2 million jobs across Europe. Each job created in the aviation industry supports 24 other jobs in the overall economy. Governments must recognize the vital importance of the air transport industry, and that support is urgently needed, ”IATA Vice President Rafael Schvartzman complained yesterday in a statement.

Among the measures requested are direct aid, loans and some tax relief action. But they also put on the table another proposal, aimed at raising controversy: the airlines ask for “an urgent temporary amendment” to the regulation of passenger rights to avoid having to reimburse affected travelers. In this sense, they suggest adopting coupons instead of returns, to give airlines “a break to sustain cash flows.”

Last Tuesday, world airlines reported that they would double their estimate of revenue losses in 2020 due to the coronavirus crisis to 226,000 million euros. For IATA, up to half of airlines face possible bankruptcy in the coming weeks. Turbulence is anticipated.