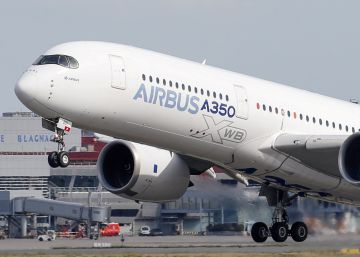 The president of Airbus Spain, Alberto Gutiérrez, said Thursday that they hope to negotiate a friendly solution with the Ministry of Defense and Indra so that the European consortium can rejoin the Spanish project of the eurocaza future program and the defense system that carries known cas FCAS (Future Combat Air System), which will replace the Eurofighter.

The manager, in a meeting with the media, has admitted that he has lost the “close relationship” that Airbus had with the Ministry of Defense, following the decision taken by the Government in office last September to elect Indra – 18.71% owned by the State- to the detriment of Airbus as the “coordinating company” in Spain’s future Eurocaza program.

Gutierrez is confident that, after the formation of the new Government, relations can be rebuilt and Airbus returns its role in this project. He has done so after recalling the entry of Spain as the third partner of this European program, which was signed at the Paris air show last June. In this sense, he recalled the ten years spent in maturing the concept of this future combat system, another three since the launch of the idea by Germany and France and three more developing the FCAS SimLab with the Spanish Air Force. “Airbus needs Spain and Spain needs Airbus,” said the manager.

He also stressed that he does not consider that the proposal of the Barcelona City Council to eliminate flights from El Prat airport with a railway alternative, such as the air bridge with Madrid, poses a threat to the sector or its company, but an opportunity to work “By bag” in the electrification and hybridization of airplanes, since things “have not been done well enough”.

The president of Airbus in Spain has stressed that “there is increasing pressure” on aviation in terms of sustainability by administrations, but that it represents an opportunity to work more thoroughly on more environmentally friendly aeronautical models environment, whether propelled with electricity, in a hybrid way or with greener fuels.

For his part, the president of the Airbus commercial aircraft division in Spain, Manuel Huertas, stressed that climate change “is not a threat, but a reality”, and has stated that the fact that the aeronautical sector represents such only between 2% and 3% of global emissions “does not relieve you of responsibility”.

Also, the president of Airbus Spain has explained that the company will try to address the suspension of the manufacture of the 737 MAX “in the best possible way.” The production stoppage directly affects the Airbus factories in Spain, specifically those of El Puerto de Santa María (Cádiz) and Tablada (Seville), as well as some auxiliary companies such as Alestis, which manufacture some part or piece that they use the devices of the American firm. Thus, spokesmen of the Andalusian aeronautical sector estimated at three hundred jobs affected in these factories due to the stoppage of production of 737 MAX.