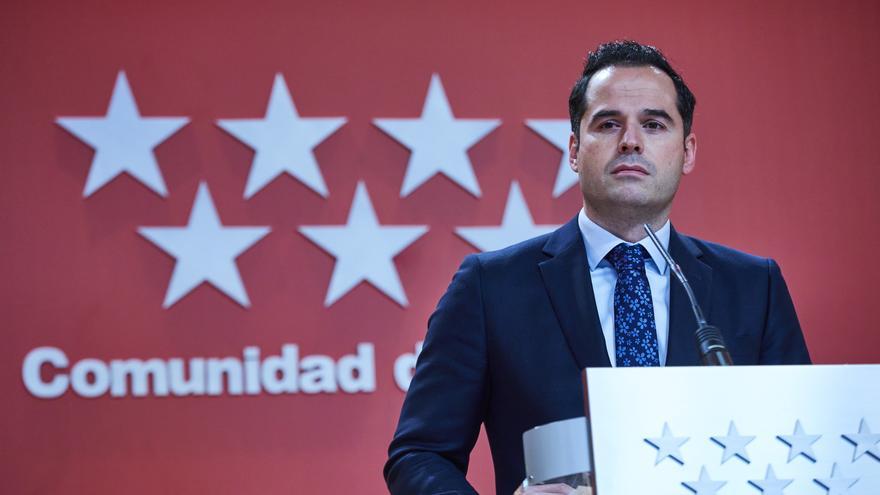 The vice president and spokesman of the Community of Madrid, Ignacio Aguado, did not want to reveal whether the Minister of Justice, Enrique López, has given some kind of explanation this Wednesday during the Governing Council meeting about his mediation in 2017 – when still he was a magistrate of the National High Court – between a friend of Luis Bárcenas and the PP lawyer. The leader of Ciudadanos now defends that it must be the PP who gives these explanations, despite the fact that the spokesman for the formation in the Madrid Assembly assured that López should give them.

“The answers to this question are not in Puerta del Sol, but in Genoa 13 [sede del Partido Popular]. That is where they have to call, “said the regional vice president who has limited himself to that answer to the subsequent cross-questions on this issue that he points out to the regional government’s Justice Minister in the negotiations of the PP with Bárcenas. From the opposition, PSOE and United We can have called for the resignation of López.

Enrique López himself acknowledged this Tuesday that in 2017, while he was a judge of the National Court, he acted as an intermediary between a businessman friend of Luis Bárcenas, Agustín de Diego, and the lawyer of the Popular Party, Jesús Santos. “From there, López did not carry out any action or have any dialogue on the Bárcenas case,” sources close to the magistrate added to elDiario.es.

López has assured this Wednesday in statements to the Sixth that he “does not even consider” resigning for putting the PP lawyer in contact in the case for the party’s ‘box b’, Jesús Santos, with a businessman, Agustín D., who did liaison with the former treasurer of the formation Luis Bárcenas. “I limited myself to introducing two acquaintances a couple of years ago and nothing more. That has been my intervention. I have never participated in any type of direct or indirect dialogue between the PP and Bárcenas,” said the counselor.

Likewise, it has indicated that Santos indicated that “he did not inform the board of directors and that he only passed a note to the legal advice” and has remarked that in the presentation of Santos and Agustín D. “there has been no type of negotiation.”

A week ago, Aguado requested the resignation of the manager of the Príncipe de Asturias hospital, in Alcalá de Henares, for proposing in a meeting to withdraw the patients’ mobile phones so that they could not talk to their relatives and that they would not be persuaded to enter Nurse Isabel Zendal hospital. The regional president, Isabel Díaz Ayuso, supported Dolores Rubio, linked to the PP for 15 years, and keeps her in office.

AstraZeneca vaccines up to age 65

The Community of Madrid is going to propose this afternoon at the meeting of the Interterritorial Council that brings together the Ministry of Health with the rest of the autonomous regions, that the AstraZeneca vaccine also be supplied to people in the 55 to 65 age group, after of what the Public Health Commission of the Ministry has set the limit at 55 years. This has been advanced by the vice president of the regional government, who has indicated that in this way it would be possible to cover the entire working age. Aguado has justified it by ensuring that there is no scientific data to support the decision of Health to lower the vaccination age of this vaccine to 55 years.

“There is no scientific data that collects that in that age group it will not be as efficient. That is what the Ministry of Health considers,” said the regional leader.

The reason for the Public Health Commission of the Ministry to exclude the application of the AstraZeneca vaccine to those over 65 years of age is that during the tests the population samples of those ages were not sufficiently representative, so it was not they have guarantees that the drug is effective enough in citizens of those age groups.

Aguado has also advanced that the Community of Madrid is considering delaying the curfew from 10 pm to 11 pm and decreeing the flexible closure of the hotel business, so that they do not have to end their activity an hour before. The measure would be conditional, the vice president said, on the cumulative incidence of coronavirus “continuing to decline.”

“Our will is to do it when before but it has to be Health that gives the go-ahead,” said the regional leader. Aguado has celebrated that the incidence of Covid-19 “is decreasing” despite the fact that it is still in “very high” figures.