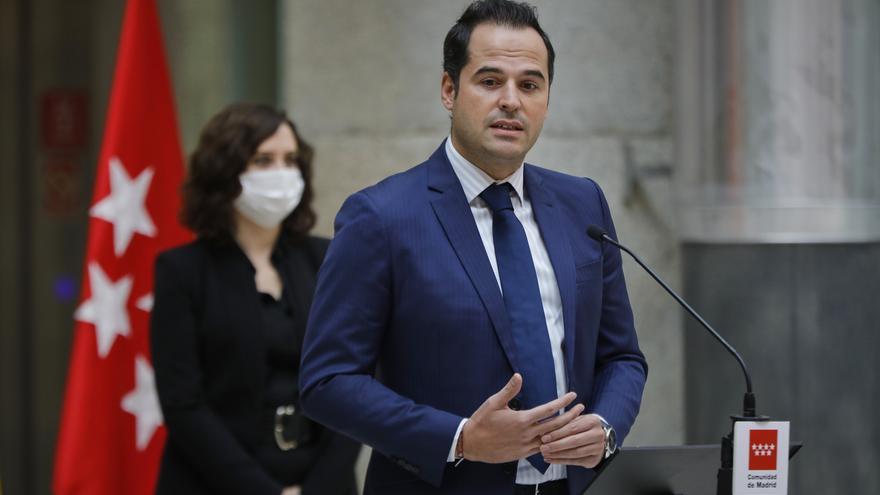 Ignacio Aguado continues to delve into his differences with the president of the Community of Madrid, Isabel Díaz Ayuso, with whom he shares the Government. The regional vice president has assured this Tuesday that the perimeter closure of the autonomy “has given a ball of oxygen” to the economy of the region at the same time that he has defended that the measure should be extended until the end of the month, against the criteria of Ayuso .

Aguado has also been against the closure for days that the regional president has imposed to only close the borders during the bridges. “It would not have made the same measures as President Ayuso. It would have been good to close the Community of Madrid on the perimeter without leaving this three-day gap,” he said in an interview on TVE. In his opinion, such a measure only helps to “confuse” the public.

In addition, the regional vice president has defended that “he would be in favor of extending this perimeter closure of the Community until the end of November”, in addition to having “requested the state of alarm before”. “But I respect the president’s decision because she has the last word in this matter,” said Aguado, who has defended that, nevertheless, his “obligation” is to say what he thinks.

In this sense, Aguado has also complained of being informed by the press of the latest decisions of the president, something that, he considers, “should not be repeated.” “Unfortunately the last time that measures were announced we learned from the press. It should not be repeated, but I do not see any bad intention,” he assured.

The leader of Ciudadanos has also expressed, against everything defended by Ayuso, that the perimeter closure of the autonomy has helped to prevent mobility outside the region but also economically is assuming “an oxygen balloon for many sectors.” “In this objective of lowering the curve to the maximum to save Christmas and arrive in a position to lift any restriction, the duties must be done now. That is why I ask for force now,” he said.

According to the data provided by the vice president, the hospitality industry has experienced an increase in turnover during All Saints Sunday of around 17%, compared to the previous Sunday, while the textile sector, according to card payment data credit, has made it 10%. Also reservations for rural accommodation have risen 35%.

The Madrilenian president defended in her measure of closing only the bridges that doing it for longer only harmed the economy. “We are talking about decisions that cause damage to the economy. Let’s not forget that it is the public sector that attacks the private sector and the one that tells a store, a merchant, a regional government how it should go, whether to open, whether to close, etc. “, justified the president.