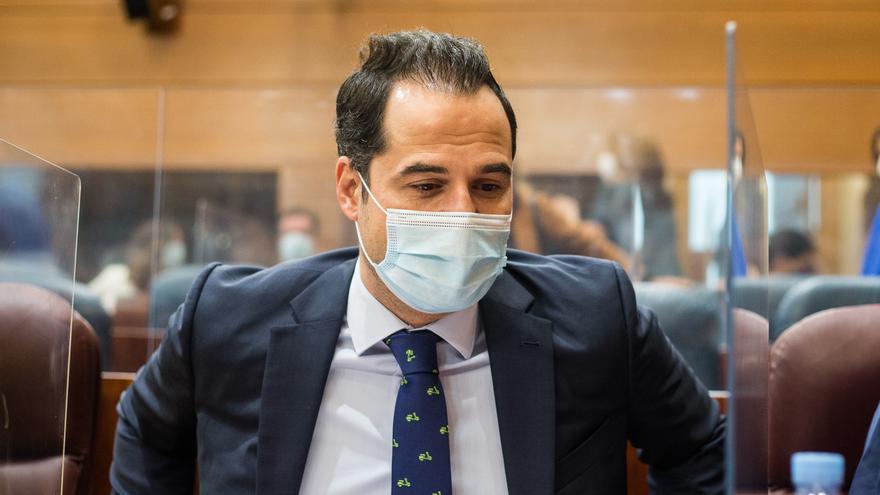 The political battle continues in Madrid. Between the central government and the Community of Madrid, but also between the partners of the Madrid Executive, PP and Ciudadanos, who are not able to go to one in the strategy against the pandemic in the region. The vice president of the regional government, Ignacio Aguado, has made it clear this Wednesday that he disagrees with the confrontational position of the president, Isabel Díaz Ayuso, of taking the political brawl to court and that the measures in Madrid decline. For Aguado, the state of alarm is just a legal framework that protects measures that are necessary because the data in Madrid “are very high”: “You have to be honest with people,” he defended. “We have a cumulative incidence of 486 and we are discussing judicial remedies”, lamented the Madrid vice president

Aguado, however, has assured that there will be no extension of the state of alarm as of October 24, the period covered by the decree (15 calendar days). “Yesterday we got the minister to commit himself not to propose the validation of the state of alarm within ten days. He made a commitment at the meeting table and that is agreements and advances, I value it positively,” Aguado assured in an interview with Onda Zero.

From the Ministry of Health they are not as categorical as the vice president. Sources from the department that Illa directs assure that the state of alarm has been decreed for the next two weeks and that “an extension has not been proposed at the moment. “The 14 days plus the 7 days that the communicated order was already in force, make a total of 21, time in which it is expected that the results can be seen in the curvature of the epidemic,” they explain.

Asked about the fact that the position of Citizens is not taken into account by the Madrid president, Aguado has regretted that they do not have a majority in the regional government, hence the position of the PP is always imposed. “Surely we would not have appealed certain decisions and the polarization would be less, but we do not have the last word from this Government. We have 26 seats, half of the Government is in the hands of Citizens but we do not have the majority,” Aguado lamented.

At the same time and in another means of communication, Ayuso counterprogrammed his vice president. In an interview on Telecinco that was not scheduled, Ayuso continued his war against the central government. The regional president has insisted that the Prime Minister, Pedro Sánchez, is trying to “politically suffocate” Madrid, for which he uses “all the power” that the State gives him to “overwhelm the others.”

Ayuso has once again become the guarantor of the rule of law, “this role is up to me and I will continue to defend it,” said the PP leader, who added that I wish I was not in this “battle” against the Executive but it has to be for the government’s crusade against Madrid, justice and the Monarchy.

The president has constantly charged against the formation of the Minister of Health whom she has referred to on several occasions as a “philosopher” and has assured that “there is a double yardstick and, above all, a direct political intention against Madrid, against the interests from Madrid, because we are an annoying community for the political objectives of La Moncloa “. For this reason, he has assured that they will claim “every day” their autonomy.

Regarding whether he feels supported by the other regional presidents of the PP, Ayuso has assured that he does not need “unwavering adherence” but he does feel the support of his party, of its president, Pablo Casado, of the Health spokesperson, Ana Pastor, of the spokespersons in Congress, Cuca Gamarra, and in the Senate, Javier Maroto, for the militancy, for the voters and, above all, what is “most important” for them, for the people of Madrid.