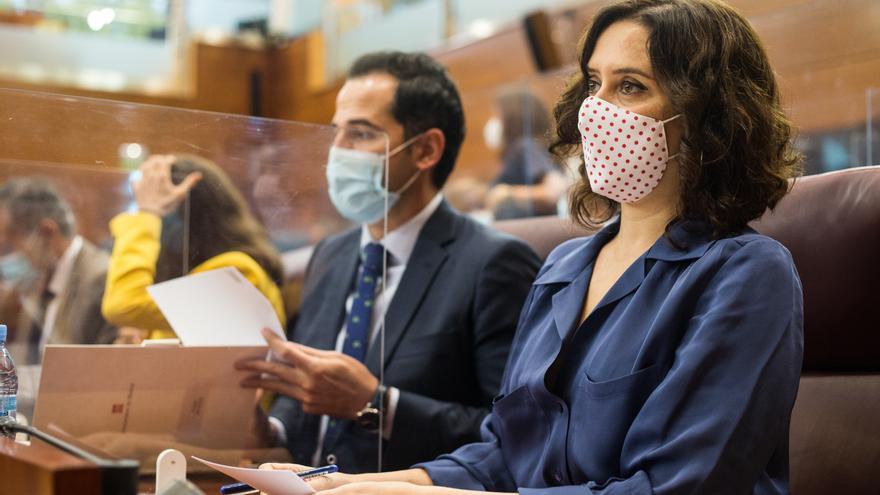 Isabel Díaz Ayuso is still in her thirteen. The president of the Community of Madrid refuses to close the capital and insists on limiting movements through health areas that have a higher incidence of Covid, sources from the regional government assure elDiario.es. The position of the leader of the PP divides the Executive. The Madrid vice president, Ignacio Aguado, from Ciudadanos, asked after dawn that the president chose to redo the order of the Ministry of Health so that the measures were accepted by the Superior Court of Justice of Madrid (TSJM). Both coincide in the diagnosis: avoid the alarm state. They differ in solution.

Ayuso and Aguado are currently meeting at the Puerta del Sol. The mayor of Madrid, José Luis Martínez-Almeida, the deputy mayor, Begoña Villacís, and the Minister of Justice, Enrique López, who has walked through the media are also present. of communication to defend the position of the president: the closure by basic health zones. “After that appointment, the regional executive will announce its position in the face of pressure from the central government to shield the capital,” say sources from Sol.

The president of Ciudadanos, Inés Arrimadas, signed on Friday morning the position of the vice president of Madrid, Ignacio Aguado, of her party, to force a consensus between the central and Madrid governments that would allow the restrictions on mobility to be maintained during the bridge without declare the state of alarm. “We want this show to end,” he said in a telematic meeting of the New Economy Forum. Arrimadas bets on choosing the first of the three options raised last night by Pedro Sánchez: “We propose that the Community of Madrid redo the decree, that another state of alarm is avoided and that the management remains in the hands of the Community of Madrid and we save this embarrassing spectacle. ”

The ultimatum of the Pedro Sánchez government expires at 12 noon. The President of the Government, Pedro Sánchez, has urgently convened an extraordinary Council of Ministers for this Friday with the aim of declaring the state of alarm in Madrid if the Executive of Isabel Díaz Ayuso does not react and first decrees emergency measures to alleviate the progress of the virus in the community. The decision of the Prime Minister came late on Thursday afternoon after his cabinet tried, unsuccessfully, to meet with Isabel Díaz Ayuso’s team to specify the measures to be implemented in Madrid, once the Superior Court of Justice fell the order of Sanidad to confine the capital and nine other cities.

Pedro Sánchez reported late on Thursday what the regional president’s options are: to issue an order with the restrictions under the 1986 Public Health Law, which establishes in its article 3 the power of the health authority to adopt the measures “opportune for the control of the sick, of the people who are or have been in contact with them …”, request the state of alarm or that the Government declare it directly.