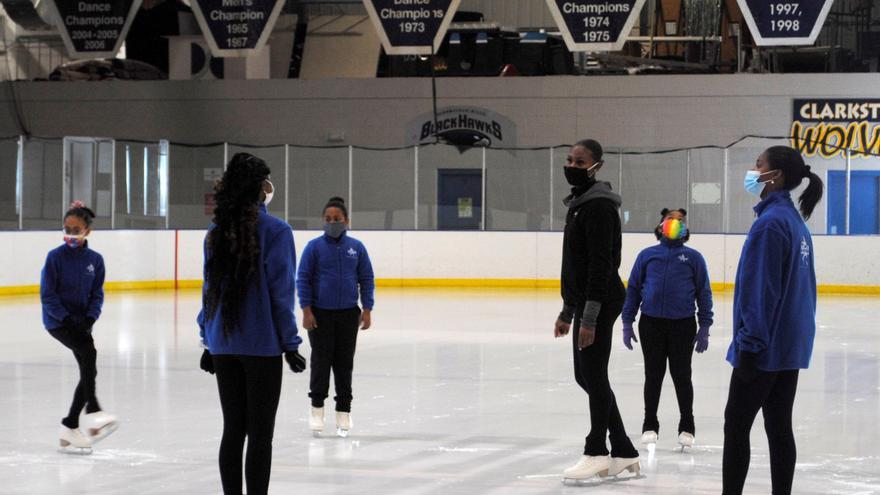 Los Angeles (USA), Apr 28 (EFE) .- "After the success I had with 'Wonder Woman' I wanted to use my newfound fame and the reach I had to do something good", this is how Gal Gadot explains his latest project , a National Geographic series in which the actress avoided being "the center of the story."

"Impact" premiered this Monday on the National Geographic YouTube channel and each week it will show a story about a woman who has broken barriers in her environment, be it sports, LGBT activism or the challenges of climate change.

"All of them face their greatest difficulty and turn it into a strength," says Gadot in a video call in which Efe has participated.

During the first months of the quarantine, the Israeli went behind the scenes and produced six episodes starring anonymous women.

The first installment visits Kameryn Everett, a 20-year-old ice skater who trains girls of color to progress in a sport that has a history of racist biases like those reported more than 20 years ago by the now-born expat. France and US national Surya Bonaly.

In another episode, Kelsey Ellis recounts how she developed therapy to help people overcome their trauma through surfing after losing her twin sister to the coronavirus.

"IT WAS DIFFICULT TO FINANCE IT BECAUSE I WASN'T THE FACE"

The actress acknowledges that raising such a project was not easy, even after starring in some of the most important films of the DC Comics franchise such as "Justice League" and the two installments of "Wonder Woman."

"With 'Wonder Woman' I became famous and that gave me the ability to produce formats like this - says Gadot -. It was difficult to finance the project because I was not the face, nor the center of it, but we managed to make it work."

Each experience is recounted in pieces of about 15 minutes with which Gadot intends to add content to the noise of social networks and hopes that they can go "viral".

"It all starts with a small act, which can have a great influence and generate a great change. Sometimes we want to do good, but we don't know where to start," he says.

Among the stories also stands out that of Arianna Font, a 19-year-old Puerto Rican who, together with her classmates, invented a water purification system that has helped thousands of families on the island.

"Almost a million people do not have access to drinking water in Puerto Rico, it is crazy," laments Gadot.

"Impact" also delves into climate change through Shirell Parfait-Dard, the first female leader of an indigenous community in Louisiana to be recognized as one of America's first climate shelters.

The pandemic forced all episodes to be centered in the United States, with the exception of Brazil, where the dance company that Tuany created in the middle of the favelas inspired the series' format.

Gadot advances that he has "incredible" stories located in countries like India and Spain, which he could visit in a second season if his calendar allows.

In the coming months, the premiere of the long-awaited "Death on the Nile" and "Red Notice", a production in which she will play the world's greatest art thief, is expected. Quite the opposite of the spirit of "Impact".