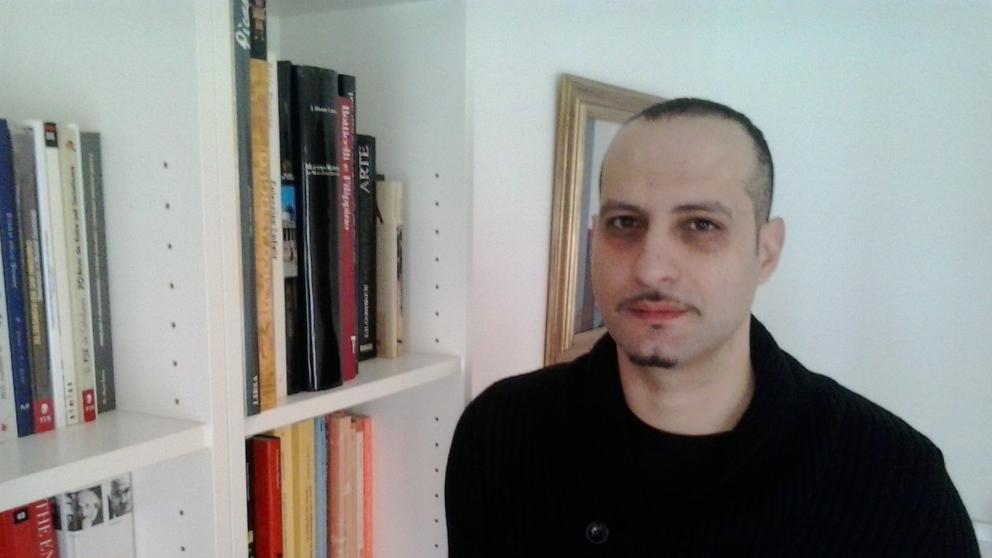 Doctor in History from Pompeu Fabra and professor at the University of Girona, Giaime Pala (Milan, 1976) is specialized in communist movements and the anti-Franco struggle in Spain and Catalonia, he is also a good connoisseur of the history of Italian communism, and has written extensively on the history of the PSUC and the Catalan intellectual underground, as well as on the figure and the work of the Marxist intellectual Antonio Gramsci.

How do you think this viral sunami affects the legitimacy of democratic institutionality in the West, which had been badly affected?

I do not think that this crisis greatly affects the functioning of European democracies. The problem is what happened before and what will come after the virus. Indeed, our democracies have reached the crisis due to economic policies that have worsened the standard of living for most people: privatization of strategic companies, job insecurity, welfare states in permanent danger, foolish goals of budgetary balance, etc. These things, and the twist austerity started in 2010, they filled Europe with far-right parties with an unprecedented operational capacity, and the continental democracies will not be able to bear another twist of the same type after this crisis. If we want to save political liberties and rearm democracy, we will have to overcome the economic liberalism of recent decades.

And to the validity of the Nation-State?

This crisis does not increase or decrease the role of the Nation-State. If anything, it demonstrates to citizens the importance that it has always had in exercising some fundamental functions that Max Weber already pointed out at the time: the monopoly of force, the collection of taxes and the fact of having bureaucratic apparatus and professionals who ensure the cohesion of an advanced society. The states are there, they have not dissolved (as a certain political science thought) and, far from tending towards closure and autarky, they have almost always been interconnected with each other: the first globalization of 1870-1914 was more comprehensive than current globalization; And this, in turn, had its origin in the commercial opening that the United States imposed on its area of ​​influence from 1945.

And to the citizen’s perception of his freedom, to his eventual predisposition to submit to state decisionism?

If by state decisionism we understand the capacity to impose draconian measures to face emergency situations like the current one, then we return to speak of the validity of the Nation-State. Because, at least for the moment, a national community recognizes the power to manage a dramatic and immediate emergency only for the state structures that represent it. It may or may not like it, but the Romans who now hang Italian flags on their balconies and sing the national anthem to give themselves courage in quarantine would not accept such discipline from the mayor of Rome or from Ursula Van der Leyen.

How can this Great Braking change our relationship with work, with economic growth and even with environmental policies?

A lot. Because this Great Stop is linked to a more general change that began in 2008. Global trade, whose growth rates prior to 2008 had not recovered again before the arrival of the virus, will slow down even further and, added to the problems climatic and decreasing fossil energy will make us witness some form – which will take place slowly – of deglobalization. If we are able to bring to life more self-centered and energy-sustainable economies, we will not experience it as trauma.

“China has been trying for years to orient its economy towards domestic demand; its future will not depend so much on exports ”

Do you think China is trying to save globalization, insofar as its economic model depends on the western order book?

The fact is that China is no longer trying to save a globalization on which it depends as a strongly exporting country, but wants to adapt to a new scenario. I explain. The Chinese Communist Party has been trying for years to orient its economy more towards domestic demand. It is not an easy process but it is necessary for it to increase political consensus, which it cannot obtain through democratic legitimation. Furthermore, the Beijing government is aware that some cunning tariff and monetary practices that were allowed to it after entry into the WTO are no longer tolerated. So its future will no longer depend so much on exports. However, the problem is also of a geopolitical nature: if China wants to project itself as a truly global power, it will have to give up its trade surplus. To be an Empire in the manner of the United States, one must create economic dependency on the secondary allies by being a “buyer of last resort” – or, to put it in Varoufakis’ terms, a “global Minotaur” – not a mercantilist subject. .

Many politicians have flirted with adopting the Boris Johnson solution, now studying Sweden, to save the economy. Is it a liberal solution or an aberration?

Although part of the scientific community does not consider it a crazy idea, it is a politically unmanageable approach, as it can lead to mass panic, and therefore unfeasible. Johnson himself seems to have backtracked.

How can it affect our relationship and perception of time and space (in economic and political terms, that is, work, territory …)?

I do not think that perceptions are, in themselves, very relevant. For example, in 2008 there was a widespread perception that capitalism had to be re-founded, and yet we ended up with even more aggressive capitalism. In this, let us be somewhat more Marxist and recognize that our social and economic relationships – and even our mental perceptions – are ultimately shaped by the evolution of the real political movement and the concrete social struggle.

“If the European Union wants to survive, it will have to renounce its ‘austerity’ treaties and re-found itself on a robustly social economy”


Do you think we are facing a parenthesis or a discontinuity?

We are dealing with a discontinuity, above all because of what I said before about the evolution of globalization. But, in the short term, I see a much faster and deeper discontinuity in the European Union, which, if it wants to survive this crisis, will have to give up its treaties austerity and refound on the basis of authentic democratic legitimacy and a robustly social economy. You don’t have much time left to do it.