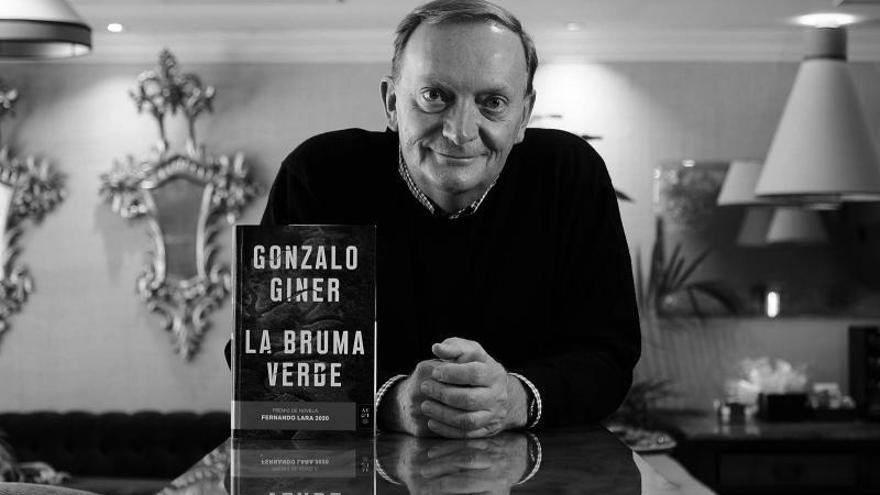 Gonzalo Giner (Madrid, 1962) is a veterinarian and writer. He became known as an author with his first novel, The Fourth Alliance (2004), although success would come with the book The Horse Healer (2008). Giner has poured into his books the passion he feels for animals, entering different moments in history, such as in The Horseman of Silence (2011), set in the Renaissance, or in Loyalty Pact (2014), where he delves into the Spanish Civil War and the rise of Nazism with an unforgettable story of friendship between a woman and her dog. Among the recognitions for his literary production is the Fernando Lara Award, with which he was awarded in 2020 thanks to La bruma verde, a story set in Africa.

You are one of the authors invited to the First City of Tacoronte Historical Novel Festival, what are your expectations?

Whenever I have set foot in the Canary Islands to participate in a literary event, the enormous passion I perceive in readers and the great respect they show for culture has caught my attention. Although it is the first call for the Tacoronte City Historical Novel Festival, I have no doubt that I will feel the same again. As the author of a historical novel, I congratulate the council for the organization and for the ambitious program it has developed. It’s going to be a success.

He will present his novel La bruma verde. How did this story, set in Africa and with primates as protagonists, come about?

It arose in 2017, while presenting some awards that the College of Veterinarians of Madrid grants to people, animals and institutions committed to animal welfare. I learned the story of the veterinarian and primatologist Rebeca Atencia; His life and work caused me such attraction that I decided to write a story set in the Congo, with the jungle and primates as the main protagonists, in this case in the form of an adventure.

But, in addition, it is an awareness novel …

Undoubtedly. Any plot that moves through the enormous Democratic Republic of the Congo, must reflect the problems that plague it; uncontrolled deforestation, illegal species trafficking, indiscriminate violence, corruption. In La bruma verde, all these conflicts weave a story full of emotion, seen from different angles: from the gaze of a young Congolese, the western gaze of various aid workers and that of the chimpanzees themselves; Both will make us aware of what is happening in their world, which ends up affecting us all.

Much of what you tell in your book is ignored by the West, why do you think this indifference is due?

Africa is the last continent to develop. The others, with greater or lesser success, have seen their economies improve and with it the conditions of their people. Africa does not finish that turn. Places like the Congo, of enormous natural wealth, have been looted by other countries, at the moment gigantic companies, and we are all looking the other way. How much news do we receive a year from them, through television or newspapers? Without exaggerating much, maybe not ten. If we don’t focus, if we don’t act and help, they will stay the same.

Is it conditioned by the interests of Europe, such as the extraction of coltan?

The Congo is the largest producer of coltan in the world, which would be very positive for them if the people benefited from its exploitation and trade. Unfortunately, this business, like other extractives, is in the hands of mafia gangs who only look at their fabulous income without worrying about the exploitation of children, for example, to go through small galleries and collect the valuable mineral without the slightest measures of security. The West, not only Europe, cannot live without its Smartphones and coltan is necessary for them to function as we need today.

The volunteers who collaborate in that area also do so from the shadows, what would you highlight of your work?

Your surprising generosity. At some point in our lives we all want to do something for others, but how or when is not always found. They have taken that step, and for whatever reasons they have embarked on different missions that ultimately seek to improve the situation of the people or that of the world in general. I know a few who are great anonymous heroes.

What can we citizens do to stop being accomplices of the injustices that he narrates in his work?

First inform us and sensitize us. Sometimes it is enough to approach a fictionalized story like The Green Haze. Next, let’s look at the labels of the products we buy. The wood of our furniture must bear a guarantee seal according to its origin is sustainable. If you don’t have it, let’s not buy that piece of furniture. The same is true for some foods that contain uncertified soy. Soybeans and palm oil are the two products that cause the most uncontrolled deforestation. We can stop your bad production. Businesses also have a lot to do and say. Danone is already doing it, for example.

Governments much more, but they are not moving in the desirable direction. Just reading the conclusions of the latest conference on climate change, Cop26, held in Glasgow, you realize the lack of determination to correct climate problems. The most polluting countries do not go, I mean China and India, and those that do do not end up making effective and immediate decisions.

Returning to the background of my novel, the problems of Africa have never interested the world or its governments.

As a veterinarian, what did this experience in the Congo mean to you?

The novel contains several chapters that take place in the middle of the jungle, living with a clan of wild chimpanzees. We will understand them better, we will be impressed by their reactions, we will live their day to day, we will be amazed at how they relate to a human. This approach to natural fauna and delving into the social and individual intelligence of primates, with whom we share 98% of our DNA, fascinated me so much that I am sure that the reader will also find it very attractive and above all surprising. .

Would you say that this personal and literary journey has changed something in you?

My perception of the problems of a continent has changed, the African one, which captivated me from the first time I visited it. But I am also aware that I have gained many, many young readers that I did not have in previous novels. They like the green mist very much, they show me every day. Proof of this are the hundreds of messages that I receive with their reflections, sensitivity and comments that lead me to think how wonderful, conscientious and generous our current youth is. I am proud of her.