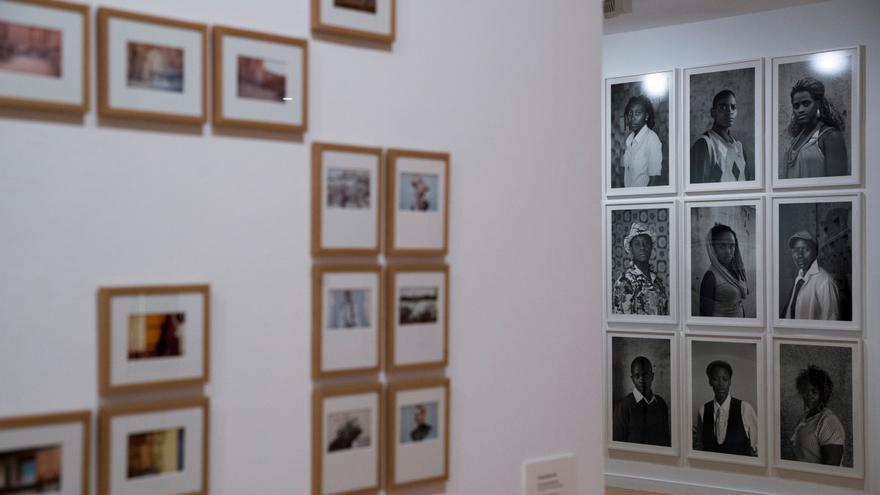 Madrid, Jun 2 (EFE) .- African photography, historically linked to the colonialist gaze, shows another face in PHotoESPAÑA. The exhibition "Social Events", made up of more than 400 images, offers a new look at African photography based on the work of photographers from the 19th century to the present.

The exhibition is a selection from the Walther Collection, one of the most important private collections of African photography today, and is signed by Elvira Dyangani Ose, guest curator of PHotoESPAÑA.

"Social Events: Portrait and Collective Imaginary. African Photography in The Walther Collection", which opened today at the Círculo de Bellas Artes in Madrid until August 22, includes works by African and Afro-descendant photographers, but also vernacular images and postcards.

The first room offers a selection of images from the 19th century. “Black communities have always been seen as part of the flora and fauna. They represented more of the animal kingdom than the human kingdom, ”explains Dyangani Ose.

Although in “The Black Photography Album. Look at me ”, by Santu Mofokeng, it's just the opposite. They are photos of bourgeois families and South African working classes from the middle of the last century where those photographed decided "for themselves how to pose, without coercion.

After this first bite, the itinerary is configured with thematic sections that show the work of several generations of African photographers and that address issues such as the landscape - "The earth as subject" -, works about the body and sexual identities- "Politicized bodies ”-, daily stories -“ Personal narratives ”- or the disenchantment after the de-colonial struggles -“ Disillusionment and power ”.

In all of them you can find the work of historical figures of African photography such as Malick Sidibé, now deceased, who photographs common characters -a soldier looking at the camera or a woman showing her figure-, or authors in a contemporary key such as Samuel Fosso who disguises himself as relevant characters in the history of the black community such as Angela Davis or Muhammad Ali.

There are also prints of artists with a solid career, although few known to the general public such as Zanele Muholi -south African photographer and activist-, David Goldblatt with works during Apartheid, Rotimi Fani-Kayode, who escaped from Nigeria fleeing the war and who he does a particular job using his body or Sabelo Mlangeni.

All of them are “incredible examples of art practices”, the curator reviews, and their work should not necessarily only be labeled as “African works of art”: “These are great works of art that speak about the human condition and life's experiences".

Arthur Walther has been collecting African, Chinese, Japanese and European art and photography for decades, since the 1980s.

African or Afro-descendant photography is one of the strengths of its collections and includes, in addition to a great variety of contemporary authors, more than 5,000 images of vernacular -amateur- photography since the mid-nineteenth century.

"This exhibition is a way of showing African identity, celebrating it through photography," said Sophie Charlotte-Opitz, director of the Walther Collection Foundation.

The exhibition is conceived as "a meeting place", a "neutral space" in which each visitor can interpret the works arranged "at will", explained the curator.

PHotoESPAÑA, which today kicks off its new edition, dedicates its edition to social issues and that of African photography is the heart of this year's proposals.

The Elvira Dyangani project, which was scheduled for a year ago but had to be canceled due to the pandemic, also has a choral exhibition, with works by young authors called “Contra la Raza” and which opens this Thursday in Matadero. EFE