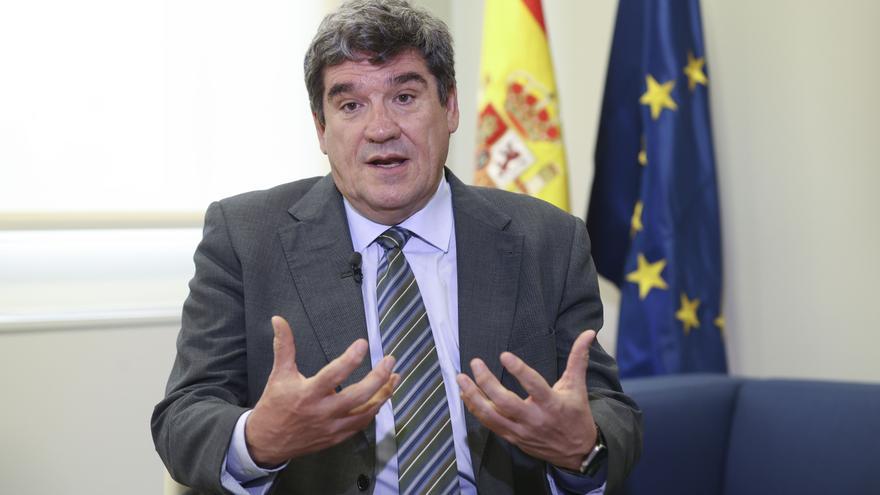 There are already more than 20 million workers affiliated with Social Security for the first time in history, Minister José Luis Escrivá announced this Thursday. The person in charge of Social Security has announced the data in his usual press conference in the middle of the month, in which he has estimated that April will end with about 188,000 more jobs on average (36,000 in seasonally adjusted terms). The minister has insisted on two issues: the good performance of employment, above expectations even given the context of war, and the great rise in permanent employment after the labor reform.

Escrivá has warned that the increase in employment in April, according to the march until the middle of the month and the ministry's estimates, will leave a better record in 2022 than that of other years of strong employment growth prior to the COVID pandemic.

The minister has underlined the importance of the "dynamism" that the labor market is showing due to the current context, which is not easy. April has been the first month in which the ERTE due to the pandemic is not in force, nor is aid for the self-employed due to cessation of activity, and this has not translated into an increase in another type of ERTE or in the massive destruction of jobs. worked. On the contrary, enrollment is growing and more than in other years of economic growth.

To this context we must also add the inflationary scenario and uncertainty due to the war in Ukraine, which at the moment is not being noticed in the labor market, the minister insisted. "And we have been at war for two months," he recalled.

Finally, the labor market was facing a major legislative change at the beginning of the year, with the entry into force of the labor reform. José Luis Escrivá has underlined that the regulatory framework is translating into numerous signs of greater stability in the labor market. For example, the percentage of affiliates with an indefinite contract has already reached 77% of the total, when between 2015 and 2021 the average figure was 71%, highlights the Ministry.

Indefinite employment continues to rise in April, and with even more force, the minister stressed, something "logical" since this month was the first in which the new labor reform contracts entered into force.

“In the first four months, 800,000 more indefinite jobs will have been created” than a normal four-month period, warned José Luis Escrivá, who highlighted that the fastest growing are the fixed-discontinuous modality.

The signs of greater stability in employment are not only reflected in more workers with indefinite contracts and a drop in temporary contracts, but also that temporary contracts are for a longer time. In this way, the ultra-short term is reduced, against which a measure was also articulated in the labor reform, with a greater penalty in the Social Security contribution.

One fact: the percentage of contracts signed at the beginning of the year that are still in force as of April 12 is 44%. The average from 2017 to 2019, years of pre-pandemic job growth, was 8%.