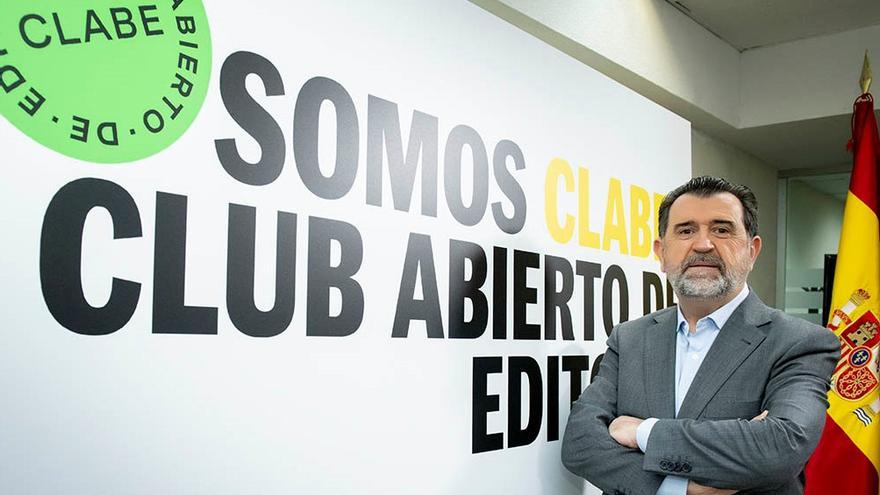 Have a leadership position in the recovery of the media and shield an essential sector in society. These are the objectives with which the Spanish Association of Periodical Publications Publishers faces its 20th anniversary, for which it has committed a transformation that includes a change of identity. Now, the first association in the media sector in Spain is renamed Club Abierto de Editores (CLABE).

During the online presentation of the new image, its president Arsenio Escolar, justified this new stage of change of name, image and management. “We want to have a leadership position in the recovery of the media sector, along with other associations with which we have joined forces,” he explained. Currently, CLABE has 158 business groups and about 800 headlines of all formats, including elDiario.es.

Escolar has insisted that “the editorial is an essential sector in society, a CLABE sector that is the best guarantee of veracity, at the forefront against fake news” and has recalled the shock plan with 25 strategic measures for the recovery of the sector, which the association presented to the Government last March. Among the measures already approved is the digital VAT.

Arsenio Escolar recalled that “much remains to be done” at the event, which was attended electronically by the President of the Government, Pedro Sánchez. One of the main claims of the sector at the moment is that the transposition of the intellectual property directive be carried out, which would allow publishers to have negotiating power over its contents, as indicated in a note released this Tuesday.

During his speech, the President of the Government indicated that “today more than ever, a responsible press is needed, working for the truth and also for equality, knowledge and freedom.” “One of the biggest challenges our democracies face is disinformation. Both from the point of view of politics and journalism, we have the obligation, responsibility and challenge to offer truthfulness, honesty and to look at reality from a loyal commitment to society “, he said.

“We are having a series of meetings with the Government and different social agents to guarantee the survival of the sector,” recalls Arsenio Escolar, “because we are entering a new era for communication and the media will be even more decisive.”

The editors are calling for their sector to be a priority in the Government’s Recovery, Transformation and Resilience Plan and in the distribution of the Next Generation EU Recovery Fund. CLABE is also one of the founders of the European Innovative Media Publisher, an association of European media seeking a regulatory environment that fosters the sector.

In addition to the Prime Minister, the Minister of Finance, María Jesús Montero, attended the presentation of the new image of CLABE; that of Culture, José Manuel Rodríguez Uribes; the one from Work, Yolanda Díaz; the presidents of PP and Ciudadanos, Pablo Casado and Inés Arrimadas respectively; the president of the CEOE, Antonio Garamendi, and of CEPYME, Gerardo Cuerva; the general secretaries of UGT and CCOO, Pepe Álvarez and Unai Sordo; the director of the Royal Spanish Academy, Antonio Muñoz Machado; Luis García Montero, director of the Cervantes Institute; Ana Santos, director of the National Library of Spain; Mar España, director of the Spanish Agency for Data Protection; (AEPD); Pablo Alzugaray, president of the Advertising Academy: among others.