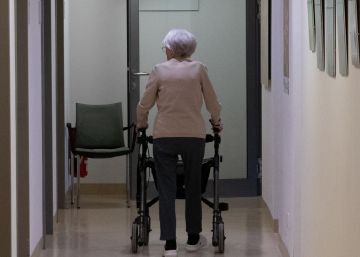 The advances in life expectancy that have been happening almost continuously for decades are slowing down in the Organization for Economic Cooperation and Development (OECD) because of obesity, diabetes, population aging or the consumption of opiates, which in the United States has contributed to a disturbing setback. And in those last five years, the United States was the only OECD country where life expectancy declined (2.4 months). In its annual report on health and health systems published this Thursday, the organization indicates which were the countries with the highest life expectancy in 2017: Japan (84.2 years), Switzerland (83.6), Spain (83.4) and Italy (83).

Behind are the growing epidemic of obesity and diabetes, but also fewer improvements in the treatment of coronary heart disease and stroke, as well as the progressive aging of the population, which makes it more difficult to raise the years of life. Specifically, there have been outbreaks of respiratory diseases during the reference years, and in particular the flu that affected Europe in 2015 and caused a drop in life expectancy in 19 of the 36 OECD members. To all this is added the opioid crisis, particularly serious in the US, where since 2011 it has been at the origin of some 400,000 deaths.

The recent trend of slowing life expectancy has had some exceptions, especially in Turkey, Chile, Lithuania and Mexico. The lowest rates of preventable mortality (by prevention or treatment) in the OECD are found in Switzerland, Iceland, Japan, Sweden and Norway. The worst in Mexico, Latvia, Hungary and Lithuania.

Among the main risk factors is smoking, which although it has decreased is a daily habit for 18% of the population in the OECD as a whole and for more than 25% of those over 15 in France, Hungary, Turkey and Greece. Also alcohol, with an average consumption of 8.9 liters of pure alcohol per year and more than 11 in Hungary, Luxembourg, Ireland, France, Austria, Czech Republic, France, Latvia and Lithuania. Overweight concerns 55.6% of adults in the OECD and exceeds 70% in the United States, Mexico and Chile, while affecting less than 35% in South Korea and Japan.

Air pollution causes an average of 39.6 annual deaths per 100,000 inhabitants, but more than 75 in Greece, Poland, Lithuania, Hungary and Latvia, and less than 20 in Australia, Canada, Finland, Iceland, Norway, New Zealand and Sweden.

Although, as a general rule, the countries that spend the most on health and those whose health system has more staff and resources are those with a population in better health, the relationship is not direct, partly because of inequalities in coverage. The best example is the United States, which dedicates the highest figure of its Gross Domestic Product (GDP), 16.9%, well ahead of the second, Switzerland (12.2%), but where only 90.8% of its population is covered by essential services, the lowest percentage with that of Mexico (89.3%). Spain, at the other extreme, stands out among the countries with the best health figures when its spending is slightly above the average (8.9%, compared to 8.8%) and 99.9% coverage.

Results of the Primitiva of Thursday, December 3, 2020