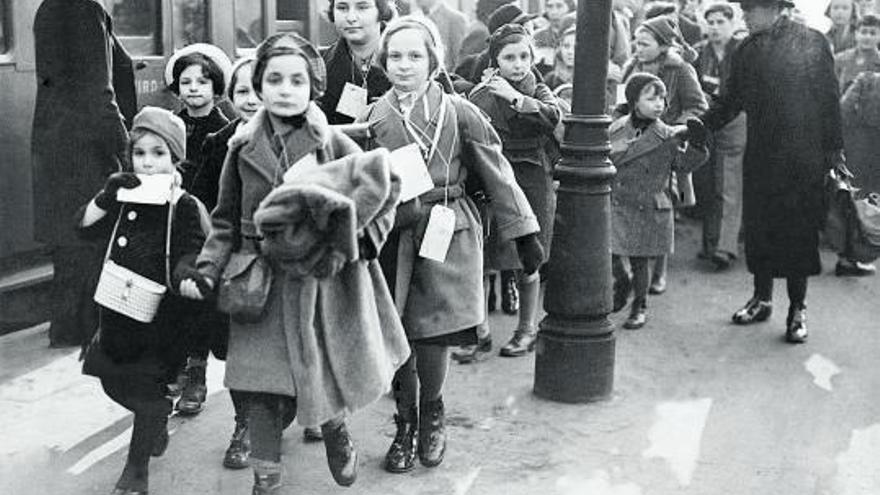 Years ago, Fernando Fernán Gómez put on a theatrical show using word-of-the-word advertisements from newspapers as the only text. The monologue was jumping between offers, searches, rentals and various benefits. Viewers went from emotional high to laughter, from surprise to intrigue. It was less what those short phrases, well nuanced by the voice and cadence of the great actor, said, than what they hinted at. In one of the messages, someone was selling a newborn’s clothes, “unused,” and a crib, “unworn.” The tone when reading it left no room for doubt. That basket contained a drama. In the spring of 1938, word-of-mouth advertisements began to appear in the British press in Vienna trying to quickly send their children to the UK. It was an unprecedented event, unthinkable just a few months before the merger of Austria and Nazi Germany into one nation, in March. In the Manchester Guardian a publication was published on 3 August that said: “Loving person wanted who wants to educate an intelligent 11-year-old boy from Viennese, from a good family.” In the capital of concerts, cafes and Sacher cake, the atmosphere had become intimidating and sinister. The boy who needed to be removed urgently was called Robert Borger, one of the many Jews threatened by the rise of the Reich. The beatings had begun in the middle of the street, the public humiliations, the exclusion in schools, the assault on businesses. It was imperative to safeguard the minors from the growing barbarity.

Days ago, almost 83 years later, the son of little Robert, the journalist Julian Borger, brought to light that announcement of what would be his father, one of the 60 Jewish children from Vienna that were published in the newspaper that today is The Guardian, where by chance of life he works now. “Looking at the classified ad pages of the newspaper you can see the wave of panic building. Before May 1938 the only references to Vienna were tourism and opera ».

Borger drew on the newspaper’s archive, which this year celebrates its 200th anniversary, and discovered advertisements such as that of Adolf Batcha, a merchant asking a British family for his only daughter, Gertrude, 14. “Well educated, she can help with housework, she speaks German, French and a little English,” as well as playing the piano. A family in Somerset welcomed her, but the teenager would never see her parents again. The Red Cross would inform him of the death of both after the Second World War.

In the months before the war broke out, the United Kingdom launched the Kindertransport, a reception operation for 10,000 Jewish minors, evacuated without their parents, from Germany, Poland, Austria and Czechoslovakia. They distributed them to foster homes, shelters, farms, and schools. In many cases they were the only members of their families to survive the Holocaust.

The Guardian created a new ad section for “refugees.” Borger echoes a desperate message. «Father in concentration camp. Three boys between the ages of 8 and 12 and three girls between the ages of 13 and 16 who must leave Germany. Is there someone who can help? It is not known if there was a response.

The journalist has investigated what happened to some of the children in the advertisements and found that the experience for many of them was hard. They did not know the language, they were in a strange land, separated from their parents, traumatized and fearing what might happen to the family they had left behind. In many cases, the United Kingdom was just a stage to jump to another final destination. The most desired was the United States.

“A family with a good heart”

In the case of Borger’s father, the boy was taken in by a teacher couple from Wales, Nancy and Reg Bingley, and was able to grow up and educate himself with them. The boy’s mother, and the journalist’s grandmother, also obtained a visa for the United Kingdom, thanks to an offer to work as a maid in London. Eventually her husband escaped in turn and ended up as a clerk in the British underwear factory of a Jewish German family that hired refugees.

Borger came into contact with descendants of those minors and located the last surviving child from the Guardian ads, but was late. He had died in February. His parents had asked in 1938 for “a kind-hearted family” for him and his sister Hella. They found her, and they, like others, that saved their lives.