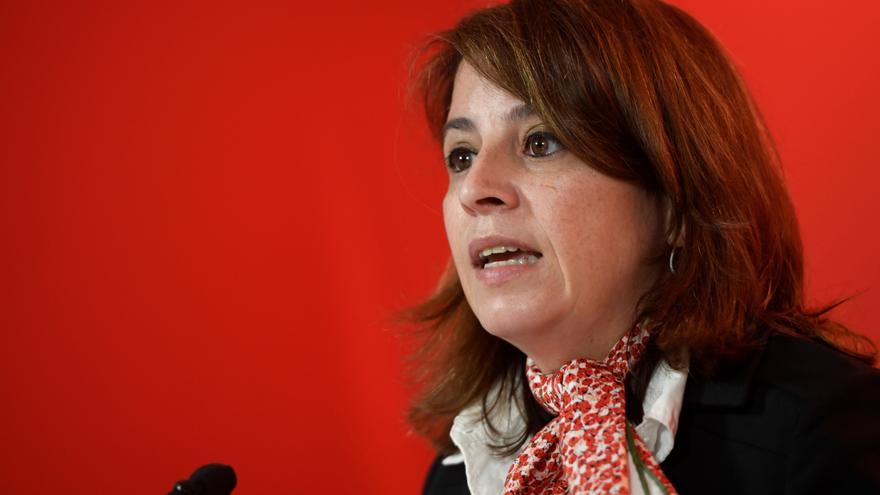 Pedro Sánchez rebalances the powers within the PSOE after the remodeling of the Government, which also affected the organization chart of the party with the departure of Adriana Lastra from the spokesperson in Congress. Until that moment, the competences of the deputy general secretary were basically on paper the coordination of the party with the Government and planning the electoral strategy and directing the criteria of parliamentary activity together with the Organization secretary. Now the number two of the PSOE will assume the strategic direction of the socialists in the Congress, the Senate and the European Parliament and also the communication policy of the party, as reported by elDiario.es.

It is the new distribution of powers that is established in the operating regulations of the federal executive that was approved this Monday. Thus, it is the exclusive responsibility of the deputy general secretary "to approve the general criteria for parliamentary action, as well as the decision on actions or positions of the Socialist Group in the General Courts and in the delegation in the European Parliament", according to the draft of the document and which leaves de facto in the hands of Lastra the guardianship of parliamentary action. Until now, this was a task shared with the Secretary of Organization, who also directed the communication policy. However, socialist sources specified this Monday that in practice the party's communication department already depended on Lastra, although it was not an official attribution of the previous regulation.

Lastra will also be the one who establishes "the guidelines that guide the functioning of the parliamentary groups in the Cortes Generales and in the European Parliament", with which he assumes command from Ferraz now that he does not hold the spokesperson. That was a competence that until now corresponded exclusively to the Organization Secretariat.

When José Luis Ábalos left the Government and the Organization Secretariat in July, Lastra's entourage assured that he assumed "plenipotentiary powers" in the party, despite the fact that Sánchez appointed Santos Cerdán as successor of Ábalos in Organization. In fact, the remodeling of the cabinet also affected the party at that time, since the president wanted Lastra to dedicate himself exclusively to the party or to the parliamentary group. The Asturian opted for the former, leaving the spokesperson in the hands of Héctor Gómez, but now Sánchez rebalances the organization's internal power by granting it functions that until now the deputy general secretary did not formally have at a time when they had transcended the first clashes in the new leadership of the party, especially between the deputy general secretary and the organization secretary, but also with the parliamentary spokesman for Congress.

Cerdán, for his part, maintains the rest of the attributions of the party's internal operating organization secretariat, including financial and personnel control, as well as the census or the relationship with the territories, since he is responsible for the "development of organic processes ".

Despite the clear delimitation of functions between the two main leaders of the party, sources from the socialist leadership downplay it and assure that "they work coordinated in everything" beyond what is established in the written operating regulations. A story that, in no way, coincides with the discomfort that some of the current tenants of the federal headquarters have sent to Sánchez himself.