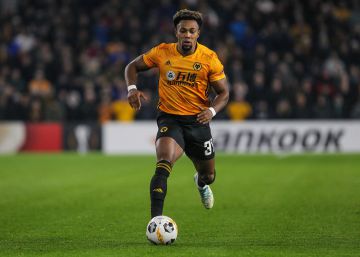 Valencia striker Rodrigo Moreno will cancel the Spanish team's call for matches against Malta and Romania on November 15 and 18, after being injured in the game against Granada this Saturday, and will be replaced by Adama Traoré, as confirmed by the national team.

The Valencian player, one of the undisputed ones for Robert Moreno, had to retire in the second half of the 2-0 against the Andalusians due to physical problems and was replaced by the Frenchman Kevin Gameiro.

"Rodrigo has left because he had back problems, we believe that it is not serious, but for now we do not know more," said Albert Celades, Valencia coach, at the press conference after the duel of LaLiga day 13 Santander

A few hours later, the selection's website reported the decision of coach Robert Moreno to opt for the 23-year-old Adama Traoré versatile, trained in the lower categories of Barça and Wolverhampton player.

The attacker, of Mali origin, plays in British football since the 2015-16 season, when he arrived at Aston Villa. Later he signed for Middlesbrough, before joining the Wolves.