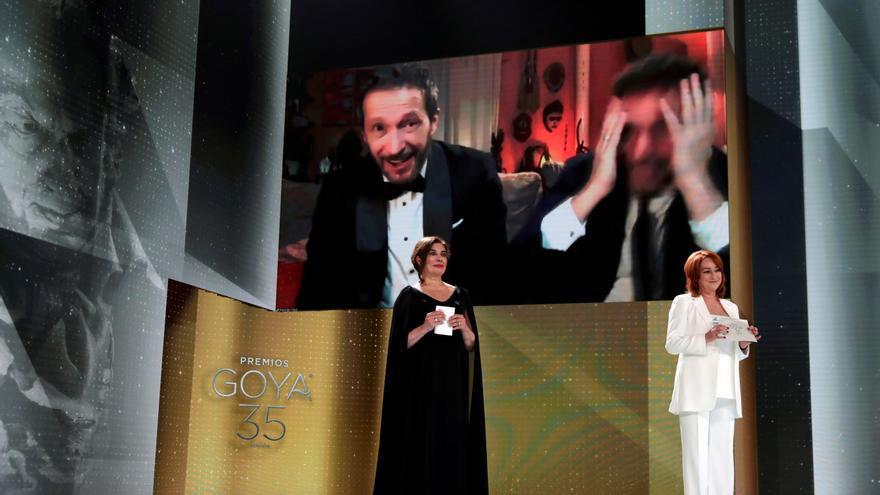 Malaga, Mar 7 (EFE) .- Salvador Calvo, winner of the Goya for best director for “Adú”, has been “very happy” that one of the protagonists of his film Adam Nourou has become the first black actor to get a Goya, since “it opens many paths for everyone”.

Nourou was the only protagonist of legal age who could win it, since the rules of the Academy prevent minors from competing, like his partner Moustapha Oumarou (Adú), so Calvo has stated that Goya also recognizes the work of the kids More smalls.

Nourou, 18, is the first black actor to win the Goya, although Santiago Zannou, a director of Guinean origin, achieved it for “El truco del manco” (2008), like his brother Woulfrank Zannou, for the original music. of that tape.

The 13 nominations for “Adú” had the director in suspense all night, in such a special and “exciting” gala, he said in a statement after receiving the Goya in an “online” connection with the press, because “all the while there was someone from our movie. ”

This story about immigration, which the public has massively supported in theaters – it was released before the pandemic – has also won the awards for best sound, production direction.

The rules of the Academy prevent minors from participating as Goya candidates, a rule that became effective after the children Francesc Colomer and Marina Comas won the awards as revelation actors for the film “Pa negre” (2011).