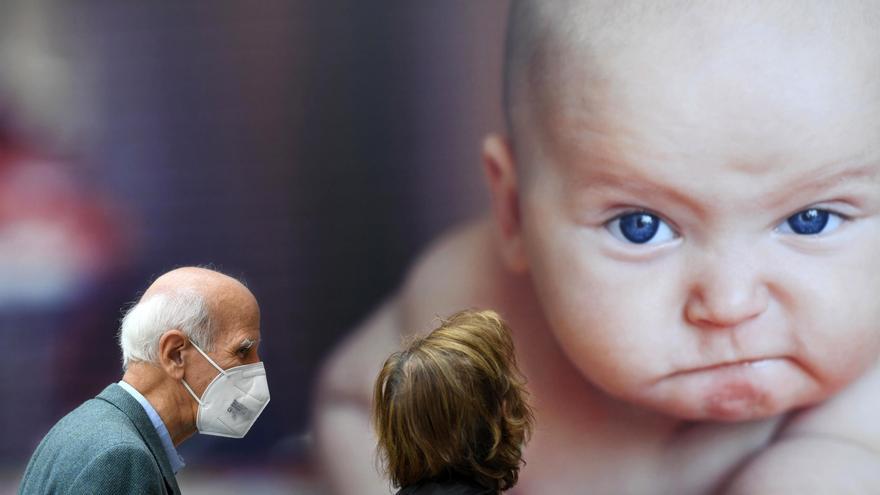 These are data from the “Study of Advertising Investment in Spain 2021”, presented this Tuesday by Infoadex and with figures related to the year 2020.

The rate of decrease of conventional media (television, radio, newspapers, magazines, internet and outdoor or cinema advertising) was 18.1%, going from 5,957 million euros of investment in 2019 to 4,878 million in 2020.

With these figures, the weight of these media was 45.2% of the total, one tenth less than the previous year.

During this year marked by the pandemic, all conventional media suffered drops in their investment figures and especially written ones: in newspapers it fell by 30.8%, in magazines by 43.3% and in Sunday media, by 53, 7.

The digital and internet section reached for the second consecutive year the first position by volume of investment within the conventional ones, although it fell by 5.3% to stand at 2,174.3 million euros.

The second position by volume of business was occupied by television, which saw the investment in advertising fall by 18.4% when it received 1,640.3 million.

Advertising in national free-to-air channels fell by 19.2% to 1,459 million, a fall that in the case of regional channels was 12.6%, with an investment of 79.3 million, and 16.8% in the local ones, who entered 2 million euros for advertising.

The payment channels invoiced 8.9% less for advertising, but obtained 99.7 million, thus overtaking the regional ones.

By television groups, Mediaset was the one that obtained the most advertising revenue (709 million, 18.4% less), followed by Atresmedia (656 million after a decrease of 19.5.8%).

The Infoadex study also highlights advertising for “influencers” for the second year.

Katy Perry endorses one of the Beatles classics