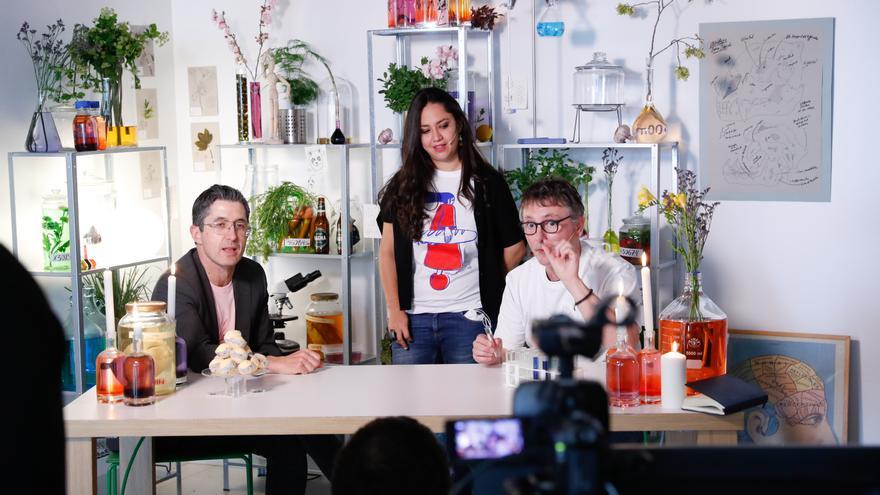 San Sebastián, Mar 15 (EFE) .- The Peruvian chef Gastón Acurio has predicted this Tuesday an evolution of haute cuisine towards a gastronomy “more pragmatic”, “affordable” and “sensible” after overcoming the phase of “resistance” by the covid-19 pandemic.

Acurio participated in the first session of the “Kitchen Dialogues” congress, organized by the Basque Culinary Center (BCC) and Eurotoques, which was opened by the general director of the Basque gastronomic higher education center, Joxe Mari Aizega, and presented by the president of Eurotoques, Andoni Luis Aduriz, and by Shasha Correa, of the BCC.

The Peruvian chef, under the heading “Changing priorities”, has referred to the effects of the coronavirus on the way of understanding haute cuisine, which, in his opinion, should become more pragmatic and has to reflect on questions such as “how much add something to a recipe, if it’s worth making it more expensive. ”

“What is the need to have eighteen types of salt in a haute cuisine restaurant? Before it seemed good to me, now I see it too much,” admitted Acurio, who has alluded to the “vanity” and the “ego” of the gastronomic creators in a stage in which they lived “focused on the goal of culinary greatness.”

“What is the need to have a water menu, to have a series of elements to enrich the experience, when in reality what they do is make it more expensive?”, The chef has abounded.

In his opinion, after the pandemic, once the “resistance” phase has been overcome, haute cuisine should refocus towards a cuisine that is “more affordable economically, socially, culturally and environmentally, allowing a much more balanced, sensible ecosystem, more landed”.

“And above all much more reconnected with that child who wanted to be a cook, that his eyes shone because he wanted to see the reaction of the people who ate what they had prepared,” he reflected.

Before Acurio, the chef María Solivellas, from Ca Na Toneta de Mallorca, spoke at the congress, explaining that the covid has caused her to generate a “quixotic vein” because it has led her to ratify her conviction that restoration is what What would you like to do.

“What I want is to continue taking care of people,” explained Solivellas, who thought that, upon leaving confinement, society would need “warmth, care, freedom.”

Despite the optimism with which she now faces her profession, Solivellas has denounced that she has felt “abandoned” by public administrations, which have not sufficiently protected a sector that, she stressed, has been adding value to the so-called “Marca España” for years.

Regarding the future of restoration, Solivellas stressed that the biggest problem that exists in Spain is “hours and fees”, since working conditions have sometimes prevented him from retaining talented young people in his company.

For this reason, he has advocated being “a little more flexible, not so resounding, having a certain flexibility when you talk to talented people” because young people are required “parameters that they have not sucked.”

“We must take care of them, and taking care of them is giving them good working conditions and good wages,” said the cook from Ca Na Toneta.

The conference will last for two weeks, from today until March 26, in which the world of cooking will open up to reflection and contact with other disciplines, in order to “inject a good dose of creativity, innovation, irreverence, sensitivity, critical sense and courage in the gastronomic sector to face the challenges it faces “.

For this they will have the presence of personalities such as the unclassifiable Niño de Elche, the violinist Ara Malikian, the Dutch designer Marije Vogeizang, the paleontologist Juan Luis Arsuaga, the researcher Malena Martínez, the fermentation experts Arielle Johnson and David Zilber and the promoter of the Food For Soul Cristina Reni, among others.