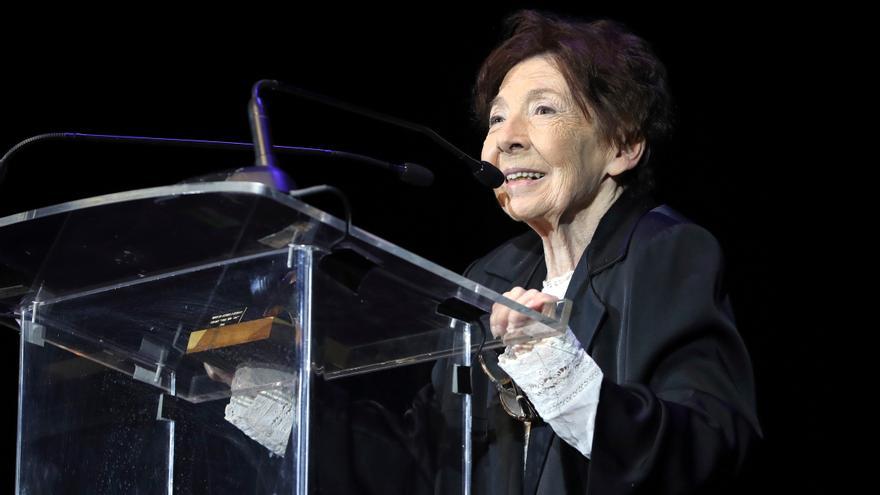 The actress from Madrid Alicia Hermida He died this morning at the age of 89, as reported by the Actors and Dancers Management Entity (AISGE).

Through Twitter, the AISGE has announced the death of the actress on the morning of this Wednesday in a residence in Villanueva de la Canada (Madrid) where she lived with her husband, also an actor Jaime Losada.

Her character of the pizpireta Valentina in 'Tell me how it happened', brought her back to the present and caused the younger generations know his acting talent.

[Urgente] The actress from Madrid #AliciaHermida, teacher and pioneer of theater in Spain and member number 1,619 of AISGE, has passed away this morning in a nursing home in Villanueva de la Cañada at the age of 89. In it she lived with her husband, also an actor Jaime Losada pic.twitter.com/ukFocAIqjz

In 2017 she was recognized with the Lifetime Award by the Union of Actors and Actresses, an act in which he recalled that he went on stage for the first time at the age of 13, in the play 'Plaza de Oriente', by Joaquin Calvo Sotelo a montage that led to his first theatrical tour at 14.

"I have had and I really want to work, but I have never had the desire to be on the front page," acknowledged the actress who was also part of the cast of 'Paquita Salas', from Javier Calvo and Javier Ambrossi.

'The House of Bernarda Alba', 'Blood Weddings', 'The Prodigious Shoemaker', 'The Witches of Salem', 'The Diary of Anne Frank', 'The Altarpiece of Don Cristóbal' and 'The Curse of the Butterfly' are some of the texts that are part of his scenic path.

He also staged Tennessee Williams' playThe cat on the hot tin roof' and in 1998 he worked under José Tamayo in 'divine words' of Valle-Inclan.