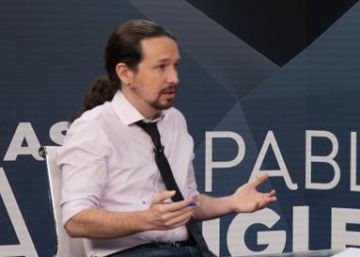 The evolution of certain actors is fantastic. For example, Pablo Iglesias. For a long time, his performances bore the seal of the Method, intensity, over-performance. But I note that the position of vice president advises you to adopt the overwhelming sobriety of the classic actors. Who represents acting classicism in politics? Well, the gifted Felipe González. I see that change in the allegedly incisive interview that Vicente Vallés does.

No incendiary response from Iglesias. He only repeats that it is time to do politics (goodbye to the taking of the Bastille), reiterates his harmony in the common cause that they face with the Social Democrats and gives a timely cut to his bold interviewer when he asks him venomously for the exoticism that He and his partner have ministries. Iglesias, very fast, reminds his interrogator that this happens in many places, including the audiovisual company in which Vallés works. I mean, the one with the most journalism. And the suit and tie will arrive. As wise Leonard Cohen said: “Before learning magic, people should practice etiquette.”

I also observe the farewell of Borja Sémper’s policy. I don’t think he interprets. I think it’s exemplary its tone, its expressiveness, what it says and how it says it, I believe it being me so unbelievable. It seems someone normal in the best sense of the word. And the reasons for his goodbye are not wasted: “I am passionate about the discrepancy, but I reject the free confrontation. I have the bitter feeling that politics travels in a way that is not very edifying. ” It is told by someone intelligent who played life, surrounded by bodyguards. He must have believed in his profession.