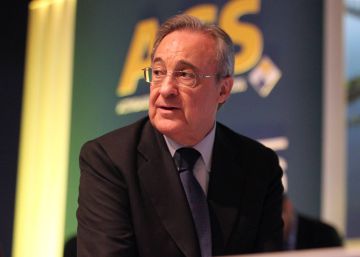 The offer that ACS sent to Rome last week for the Italian toll roads of Atlantia includes the desire for a future integration of Austostrade per l’Italia (ASPI) with Abertis, and also a condition that subordinates the proposal of 10,000 million euros: that it be approved by the Ministry of Sustainable Infrastructures and Mobility the dealership’s multi-million dollar financial economic plan.

In that ASPI development program, which Atlantia sent to the Italian Government at the end of 2020, the compensation mechanism that the company would articulate for the Morandi viaduct incident, which happened in Genoa in August 2018. The compensation measures reach 3,400 million euros between tariff reductions and works in the northwestern coastal city. But the plan is also accompanied by investments of 21,500 million throughout the ASPI network until the end of the concession term, in 2038.

ACS You need your intended to have any front clear with the Executive of Mario draghi before putting a single euro on the table, while ensuring the state of infrastructure that was questioned by the Administration after the collapse of the Genoese bridge. Different studies warned of a conservation deficit between 2018 and 2019.

On this last point, ASPI claims to have carried out 19,000 inspections throughout the past year on the critical structures of its highways: bridges, tunnels, flyovers, viaducts, etc., while creating a platform based on artificial intelligence, known as Argo. , to monitor the status of its 3,000 kilometers of network.

The robustness of these highways, with 50 years of service, is critical for ACS, but so is the aforementioned modernization project included in the economic-financial proposal discussed by ASPI and the Ministry of Infrastructure.

17 years of investment ahead

To acquire the Atlantia concessionaire, the latter forced to divest in Italy precisely because of the tragedy that killed 43 people, ACS would find itself with the lever of an investment macro plan for the next 17 years. ASPI has planned the development of its highways with 14,500 million in new construction and another 7,000 million in maintenance actions. The group chaired by Florentino Pérez, market sources explain, is pursuing synergies with its construction business.

ASPI comes from destining close to 700 million to maintenance in 2020, which doubles the average effort for the 2017-2019 period. The investments now proposed to the Government are largely based on creating a network of connected or smart highways, at a time when public coffers only allocate 0.2% of GDP to infrastructure.

The operator has argued in her country that it is about preparing the largest network of toll roads for the next 50 years.

A good part of the funds for ACS to support the possible purchase of the largest concessionaire in Italy come from the divestment in the Industrial Services area, for which it will collect between 4,932 and 4,982 million euros in cash from Vinci. A sum to which up to 600 million could be added in eight years depending on the fulfillment of development objectives for renewable assets.

The rating agency Fitch argued yesterday that the French group has the lungs to undertake this voluminous agreement with ACS without seeing its note of investment grade ‘A-‘ with stable outlook.

Fitch applauds a greater geographic diversification in the Vinci resulting. The conglomerate’s income will jump from 45,000 to 51,000 million annually and the weight of the French business will fall from 55% to 48%.

ACS management is turning to the different formulas to bring together all its construction activities in a single division in order to simplify management, as announced on Tuesday of last week by President Florentino Pérez.

One of the possibilities on the table, according to Bloomberg, is the spin-off of that business while the group would focus on the management of highway concessions and the development of a large basket of renewables, investing jointly with Vinci.

For now, ACS has agreed to create a joint venture with the French company, in which it would have 49%. And it is set to simplify its complex corporate structure whether or not its offensive on Austostrade to grow on highways succeeds.

ACS is present in the construction sector through Dragados, various construction companies in the United States, and the listed companies Hochtief, in Germany, and Cimic, in Australia. In the last two, it has loose control, but Pérez claims to have ruled out the acquisition of minority packages. The presence in the Stock Market of both complicates the aforementioned spin-off.

“It’s like Ryanair. The train comes and goes all the time, so you reduce prices”

a third of its offices are at risk of closure